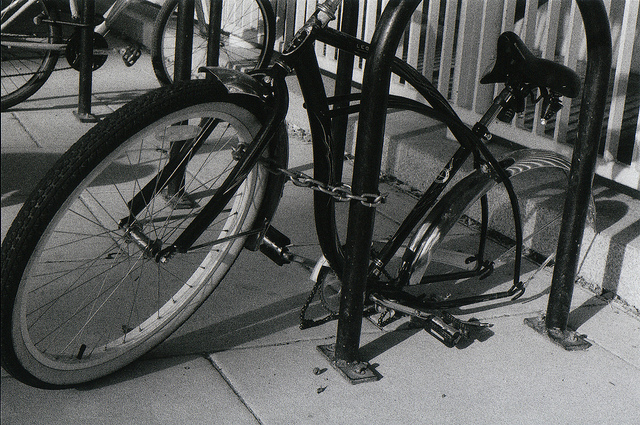 I bought an older model grey Schwinn Moab secondhand about 2 years ago.

It was stolen from the corner of Euclid & Ontario NW in September.

The next day I recovered it at 14/T NW across from Saint-Ex.

A guy had it chained to a stop sign & I confronted him about it (probably not the best idea). Anyway, he willingly handed it over after I threatened to call the cops.

Of course, by this point I realize it’s my own dumb fault for having faith in humanity I could leave a bike outside overnight.

However, I wanted to relay my experience with the MPD.

Shortly after it happened I was able to flag down an officer and ask him how to report a stolen bike.

(The bike probably isn’t worth much, but I use it everyday to commute.)

The officer informed me I could go to the nearest police station (in this case, 14/U) and file a report.

But “without a serial number, it [the report] is just gonna get thrown in the trash.”

So, word to the wise, from one cyclist to another: don’t leave your bike outside overnight no matter which neighborhood you’re in.

And write down your bike’s serial number if you (theoretically) want the MPD to take your case seriously.

Update – of course the bike was locked. 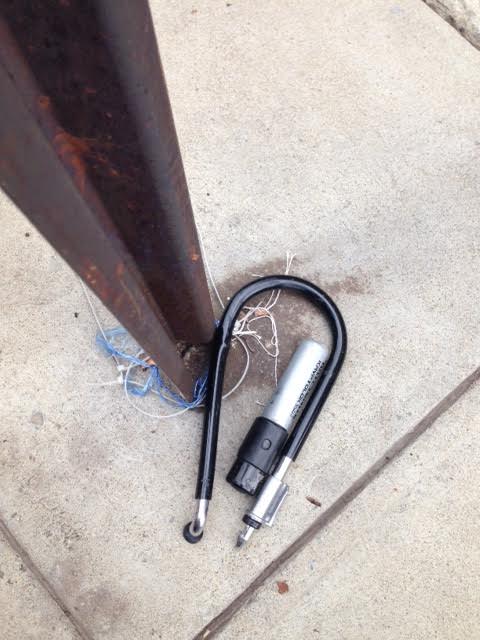