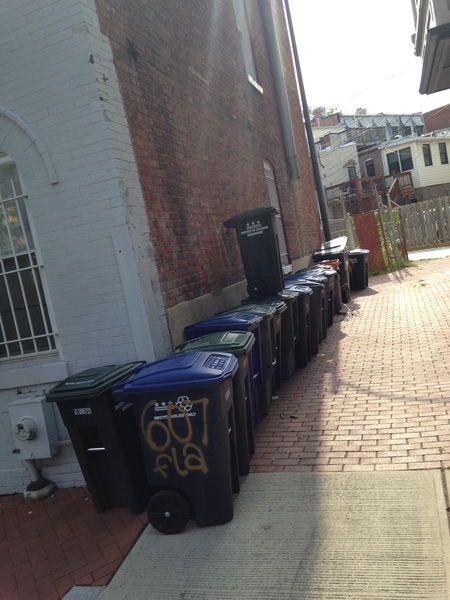 I live on the 600 block of Florida NW and I’m getting repeatedly fined for this. I’ve called DPW several times and fought several fines already, admitting with explanation that after the new bins were delivered (and many old ones were not picked up) there is nowhere to place all of them. We share a pathway to the back of our rowhouse with several other rowhomes on Florida and cannot block it off, but we can’t put them on the sidewalk on Florida either. The fines I’ve fought have been dropped by DPW after the court official rules in our favor, but my requests that we be told where to place the bins are always ignored, as are my requests that DPW write a letter to our landlord ordering him to build a structure to house them that DPW would find acceptable.

I’m at wit’s end because I am constantly fighting these fines and I don’t have time to be filing paperwork with the DPW once every couple of weeks. Is anyone else having problems with this? Is everyone on our block getting fined all the time? Any suggestions?”