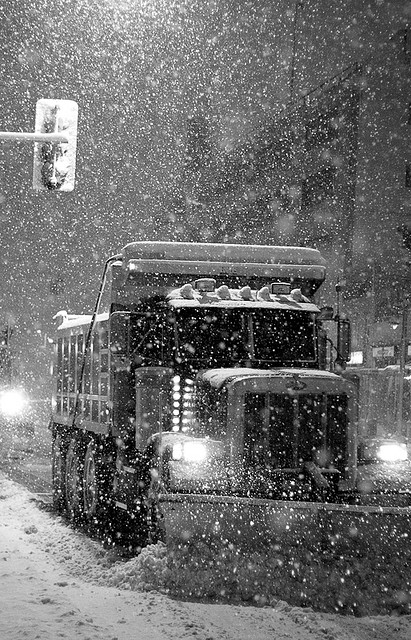 “Mayor Vincent C. Gray, City Administrator Allen Y. Lew and District officials will join the District Snow Team as it prepares for the upcoming snow season by participating in a dry run. Crews from the Department of Public Works (DPW) and the District Department of Transportation (DDOT) will stage in Lot 8 behind RFK Stadium prior to being deployed across the District. More than 250 pieces of heavy equipment will be used during this exercise.

This annual exercise is conducted to re-familiarize the District Snow Team with their routes and equipment. Nearly 700 plow drivers will navigate their routes (leaving from RFK Stadium) while administrative, supervisory and logistical support team members also practice their functions at other sites, such as salt domes. This annual test helps ensure that District personnel are ready to keep the city moving during real-life precipitation this winter.”