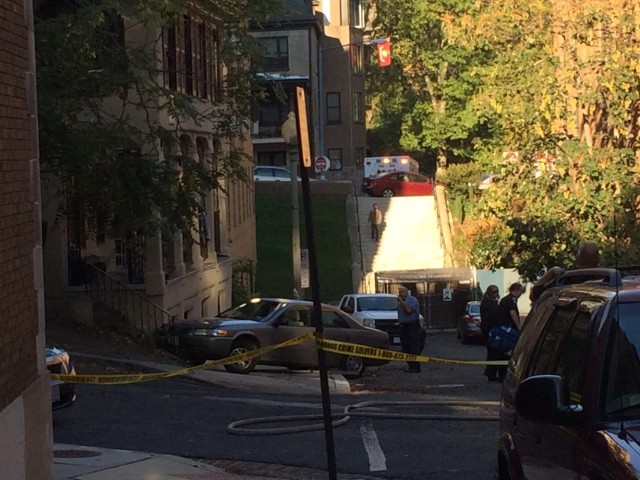 This morning at about 8:30 AM, a driver crashed into my building, at the corner of Quarry and Summit. (the same street where a car went down the small staircase a week or two ago). There was no damage to the house, but the car hit our gas meter, causing gas to leak out all through the building and outside. The fire department and police came, and everyone in the three apartments evacuated or was at work. The driver is fine too, and was there with us talking to the police. They are still clearing everything up now, and Washington Gas is shutting off the gas. 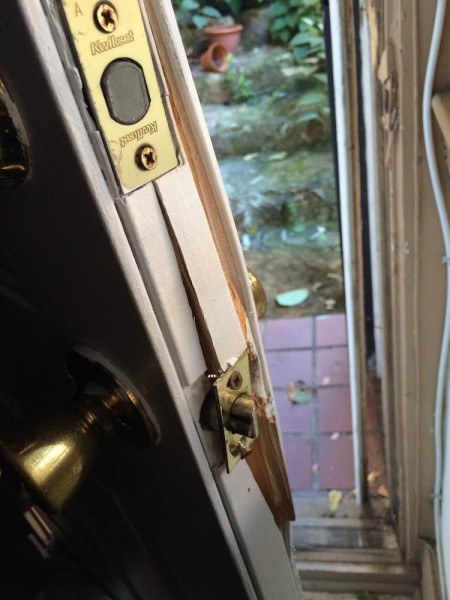 For reasons I don’t understand, the fire department decided to break in the doors of all three apartments to get in, to check for people inside, even though one apartment’s residents were all at work, and I and the residents of another apartment were standing outside, watching, and we knew no one was left inside. We just didn’t notice the firemen breaking in until late. There is doorframe and siding damage, and one apartment’s door was broken even though it was unlocked. We’re talking with the landlord about the damage, and I imagine there has to be way to get insurance compensation/ to file a complaint from the fire department. Has anyone else had a similar experience with the fire department?”

Ed. Note: I imagine the Fire Department has to err on the side of caution in cases like this.