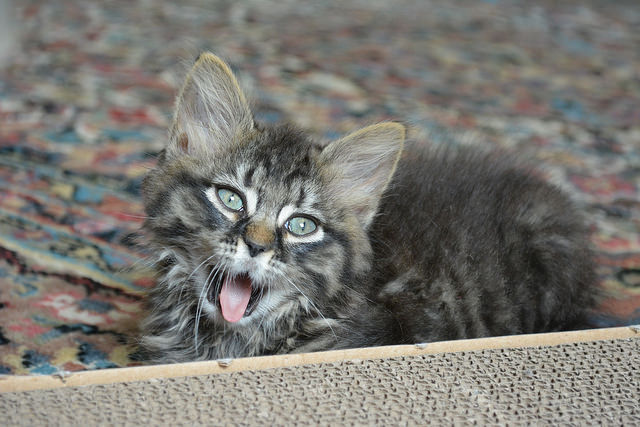 I thought I would send along an update as I adopted the adorable little kitten found on the bridge who got so much love last week. As it turns out, he is actually a she, which was confirmed over the weekend by her lovely new vet, Dr. Kampani at Atlas Vet. She has now established mastery over her new digs and after much debate and endless name brainstorming sessions, she’s been renamed Rickie (short for Frédérique) in homage to her Frederick Douglass Bridge heritage and gender-bending ways. If anyone wants to keep up with her life and times, which consists of naps, chasing, cuddling, naps, munching, hiding under stuff, jumping, scratching, and – you guessed it – more naps, she has her own Instagram feed @kittyrickie. Rickie says thanks for helping her find a forever home, and wishes all the lovely folks in Popville a very happy Monday!” 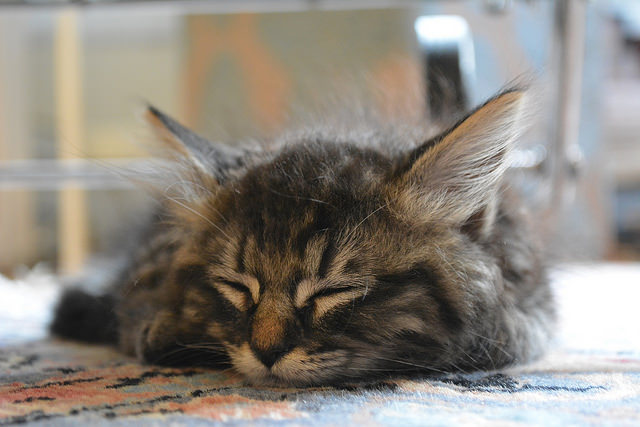