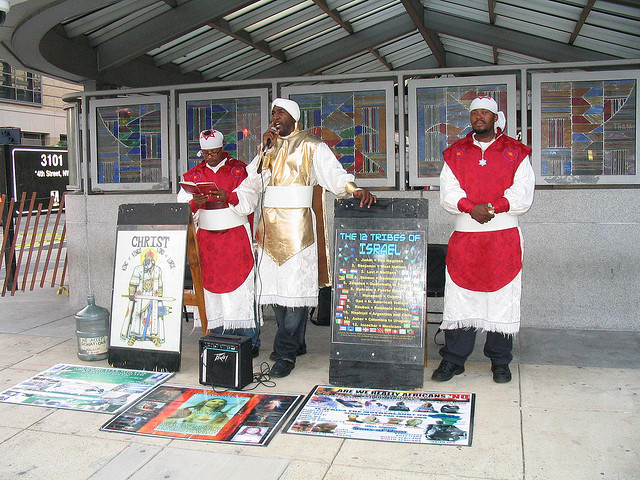 “At 6pm, the Black Hebrew Israelites were preaching in the CH metro plaza. Someone walked up and took issue with their posters – there were very graphic pictures, talking about abortion and the KKK. A fight broke out between them and another bystander, and the first guy was hit in the head and knocked to the ground. Not too much bloodd, but the assailant took off – police and EMS were there within 2-3 minutes.

The crowd had a real problem for the next half hour as well with the Israelites; it looked like the police eventually asked them to leave because people were starting to yell at them for causing the fight.” 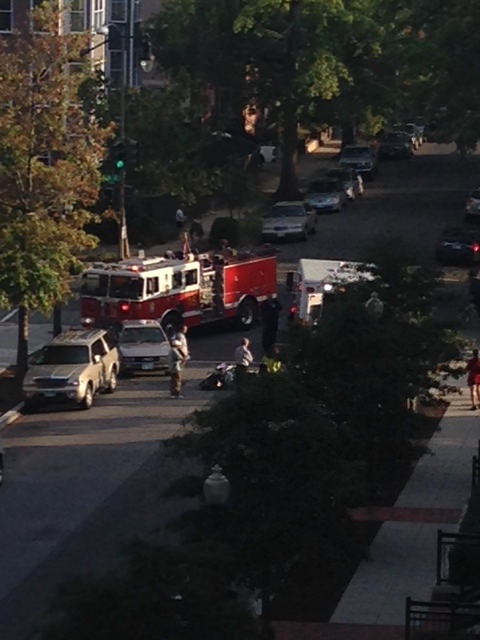 “Motorcyclist hit at the corner of 3rd and K St NE about 10 minutes ago [5:45pm]. Looks like the driver of the car stayed on the scene.

Also, during the 5pm afternoon commute on the red line headed to silver spring- Farragut North riders were met by a group of teenagers on the last car of an 8 car train throwing eggs. The inside of the car was covered in egg yolk/shells and people on the platform were also hit. The kids got off at Metro Center. Metro Police was notified, but I’m not sure if the kids were caught.”