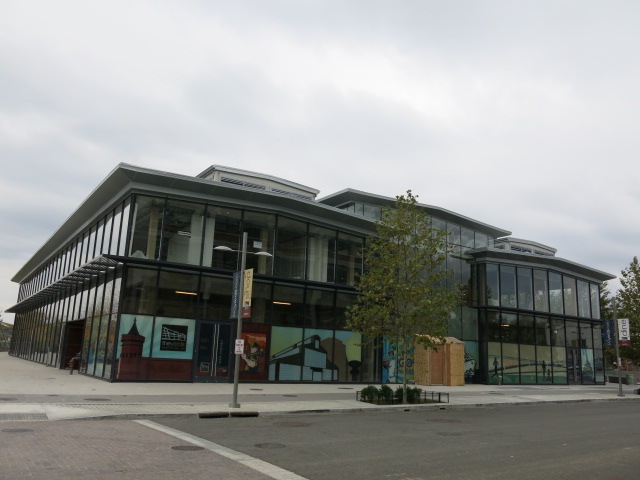 At Osteria Morini, Green looks forward to creating cocktails that highlight Italian spirits and complement the restaurant’s Emilia-Romagna focused cuisine. Her new menu will include original creations as well as Italian-influenced riffs on classics, such as her take on the Paloma with the addition of Aperol and Prosecco to the original combination of tequila and lime juice. Green also plans on introducing a selection of non-alcoholic cocktails using cold brewed teas such as her Booze Free Bee’s Knees with cold brewed matcha green tea, lemon juice and honey syrup.

In fall 2013, Green was hired by Paul Ruppert and his team to work at Petworth Citizen where she was given the opportunity to enhance her supervisory experience by first serving as Bar Manager and later, temporarily, as General Manager of the 75-seat restaurant. By juggling multiple responsibilities, including staff training, bar menu development, inventory and private dining, Green proved herself more than capable for higher management and was tapped to help open Ruppert’s next project, Crane & Turtle. It was there as Bar Manager that she designed her bar program to complement the restaurant’s menu, and focused on pairing cider, sake and beer in a manner similar to pairing food with wine.

Before joining the team at Petworth Citizen, Green spent two years as the Lead Bartender at Firefly, an American comfort food restaurant located in Hotel Madera, a Kimpton property in Washington, DC. It was at Firefly that Green refined her knowledge of craft cocktail techniques. She helped create specialty cocktails featuring a number of housemade ingredients and sourced unusual and exceptional spirits from around the world. Green has also spent time at Vinoteca Wine Bar and Bistro, a wine bar in DC, where she took the opportunity to greatly expand her wine knowledge.