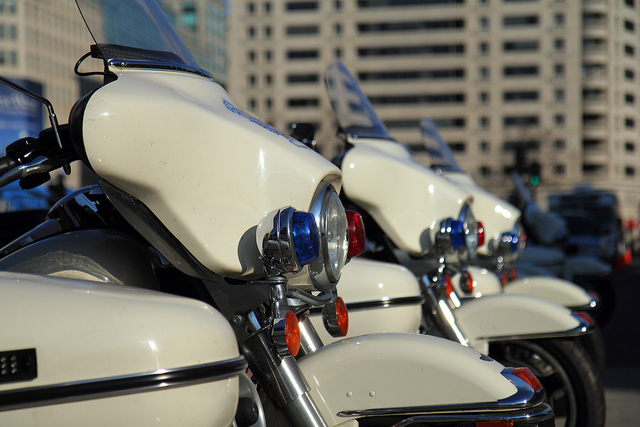 “Mayor Vincent C. Gray and Metropolitan Police Department (MPD) Chief Cathy L. Lanier today announced details of the deployment of MPD’s new body-worn cameras. Use of the cameras in a pilot program is intended to further the mission of the department and enhance service to the community by accurately documenting events, actions, conditions, and statements made during citizen encounters, traffic stops, arrests, and other incidents. In addition, the use of the cameras will help ensure the safety of both MPD members and the public.

“Our Metropolitan Police Department has been a leader in using technology to aid policing and public safety, and I want to commend Chief Lanier and the department for implementing this program, which has been in the works for more a year,” Mayor Gray said. “Especially since the unfortunate incidents in Ferguson, Mo., have brought the issue of body cameras to national attention, I’m proud that MPD will continue to show leadership in this area.”

The pilot is slated to start October 1, 2014, and is expected to last six months. MPD has purchased five camera models from three different vendors. The pilot will involve approximately 165 MPD members, including volunteers from all the seven police districts, the Special Operations Division, and the School Safety Division. Each member volunteering for the pilot will be assigned each of the five camera models and provide written feedback after each experience. Cameras will also be deployed to MPD’s Tactical Village, where members will have an opportunity to use the cameras while participating in practical, scenario-based training.

“We are looking at the best practices for implementing these devices,” said Chief Lanier. “We are in an age where this type of technology is becoming more common, and we want to capitalize on that. The presence of cameras will benefit the community and MPD members by improving police services, increasing accountability and enhancing public safety.”

For the pilot program, $1 million was budgeted in the spring to purchase cameras and related infrastructure. MPD is currently finalizing the department’s policy for the program. In creating the program, the department has collaborated with the Office of Police Complaints, the U.S. Attorney’s Office, Office of the Attorney General, the Fraternal Order of Police – Labor Committee, the Police Executive Research Forum, the Major City Chiefs of Police Association, the International Association of Chiefs of Police as well as law-enforcement agencies across the country that have already deployed body cameras.”