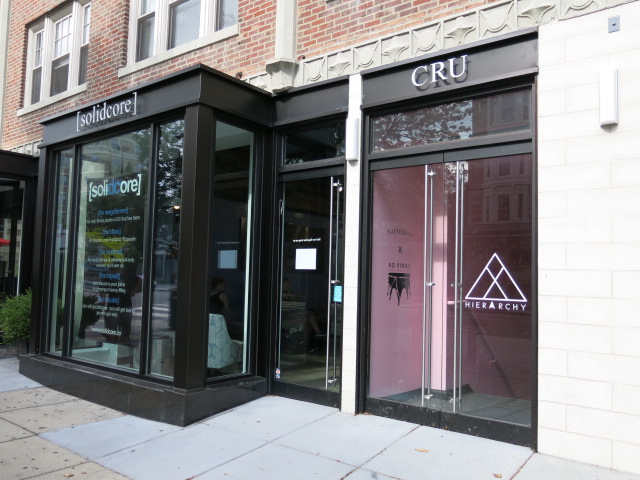 “WHAT: Hierarchy Gallery launches its 2014 fall exhibition season with the opening of WHISKEY / DELTA / CHARLIE, a collection of new works by DC-based artist James Kerns. Opening Friday, September 12th, WHISKEY / DELTA / CHARLIE features mixed media sculpture, found objects and functional art works created from 2012 to the present. Grounded in the tradition of American craft, Kerns questions the traditions of form and function, creating works that explore the history of and change in the District’s urban landscape. Framed as a fictional flea market, and like the exhibition title implies, in WHISKEY / DELTA / CHARLIE the objects shown are place holders evoking time, culture and place. Using wood, found materials, and welded metal, Kerns creates both complex and simple works that pay homage to the District from the street to the living room. Kerns is a self-taught mixed-media sculptor, wood worker and industrial designer living and working in Washington, DC. His use of former industrial and commercial products from a bygone era are the backbone of his work. Working in the District for over a decade, his work can be seen at renowned D.C. restaurants including Toki Underground, Boundary Stone, Teddy and the Bully Bar, Chaplin and RedLight.

In the fall exhibit, Kerns builds large complex works from commonly anonymous objects of years past, creating modern totems meant to evoke feelings of nostalgia throughout this fictional Flea Market, “the story of stuff is the story of us,” says Kerns. Whiskey Delta (WDC) represents Washington District of Columbia using the phonetic alphabet. WHISKEY / DELTA / CHARLIE opens at Hierarchy Galley on Friday, September 12th, the exhibition closes on Sunday, October 5th. Register for the opening event on Friday, September 12th at 7:00 p.m. by visiting here.

Designed as an ever-evolving, chameleon exhibition space designed by the artist group No Kings Collective in partnership with Napoleon Bistro and the Popal family, Hierarchy opened in February 2014 and is located at 1841 Columbia Road. Hierarchy features monthly artist exhibitions and weekly cultural programming and serves as the latest incarnation of a long standing creative relationship between the artist collective and the Popal family which began in 2012 with the pop-up art project, The Water Street Project, now Malmaison, the restaurant located on the Georgetown waterfront.”

more stories
Previous
“So I’m assuming this mean’s they’re not coming to the Books A Million space?”
Next
House of the Day