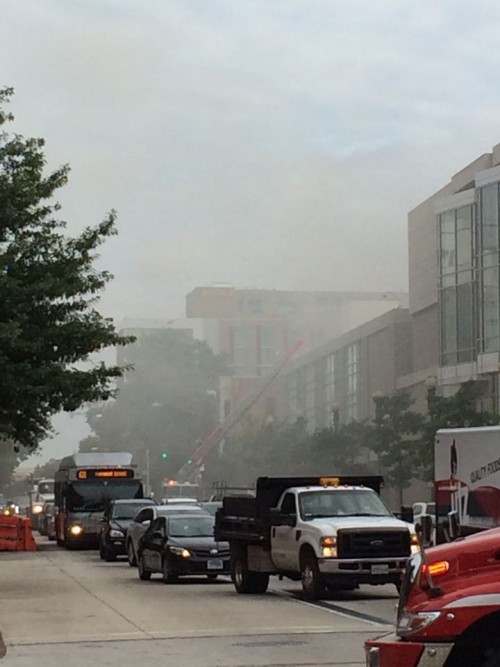 @wkt1969 tweets us the photo above and writes: 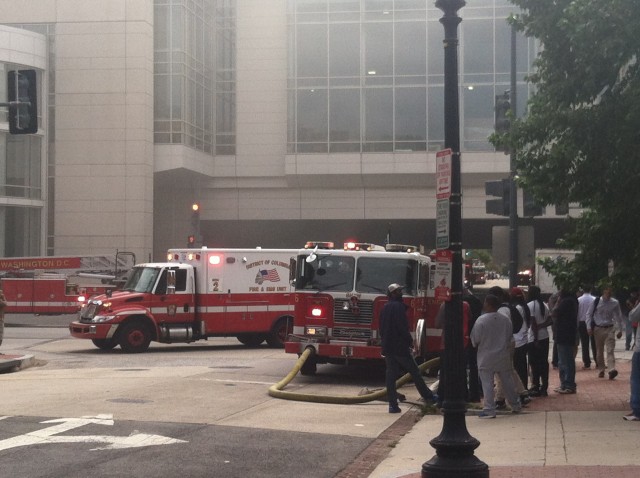 Thanks to a reader for updating us with more info at 10:15am:

“I ran into the 2 guys with the most info. They had just pulled their 18 Wheeler into the below ground loading dock when the cab burst into flames! They said it was scary as hell as there were a lot of other trucks there as well. The one guy said… “I just ran! I was first out of the building.”

It looks like it’s under control now. Trucks are starting to depart… And 9th St is starting to open back up.”

More photos and tweets after the jump.

“Looks like pretty serious fire near 7th and N NW, across from convention center. Lots of trucks and smoke @PoPville”

“@PoPville huge smoke clouds and about 10 firetrucks at the Convention Center. Traffic is backed up all around it.”

@koriknowssquat tweets us the photo below: 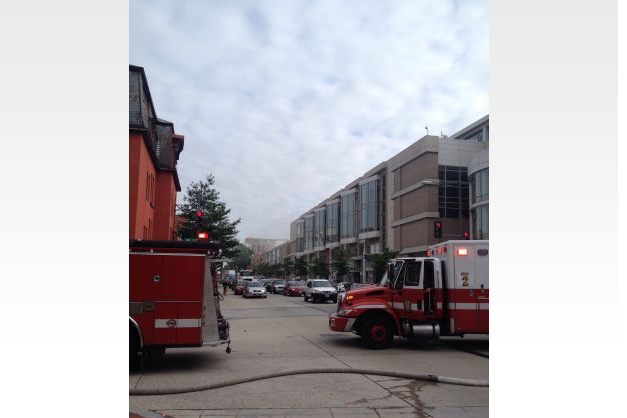 @MerePringle tweets us the photo below:

“@PoPville heard a tractor trailer set on fire. So much smoke between 9th and 7th. Metro still running.” 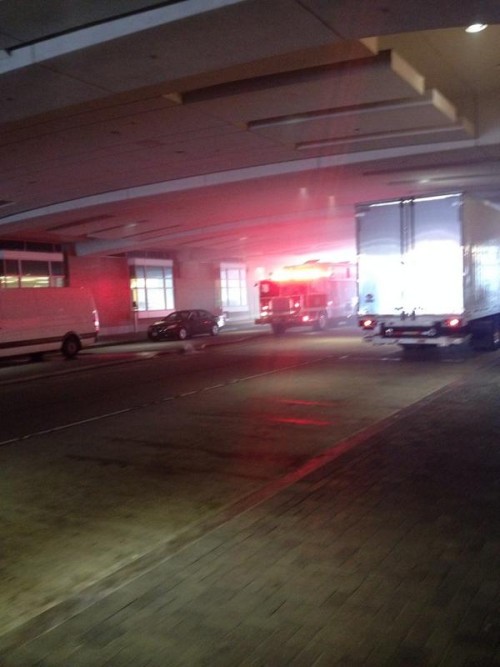 @mgroob tweets us the photo below: 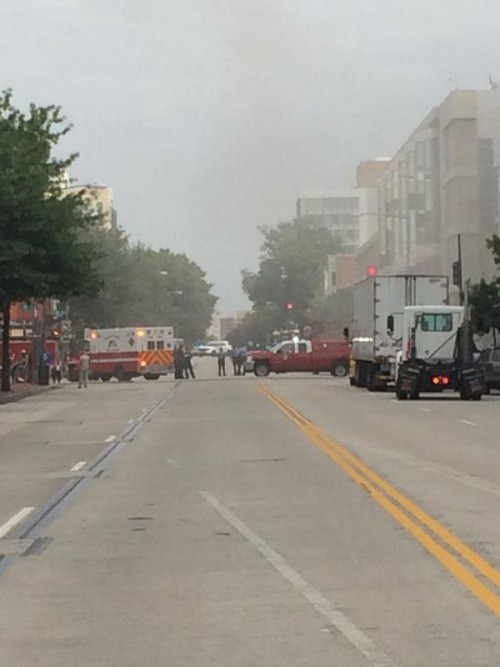