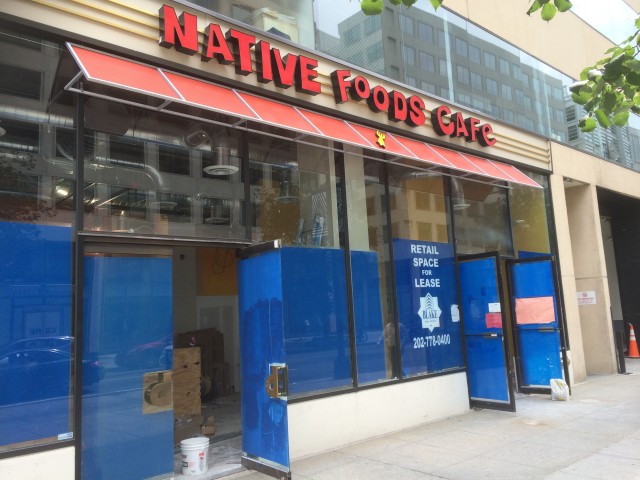 Back in February we first learned that a Native Foods Cafe was planned for the former Sizzling Express space at 18th and M St, NW just off Connecticut Ave.  A Native Foods Cafe is also planned for Penn Quarter in the Navy Memorial Plaza. Thanks to a reader for sending the updated photo above and Veg News reports:

“On September 30, vegan fast-casual restaurant Native Foods Café will open its first East Coast eatery in the heart of Washington, DC. Opening at 1150 Connecticut Avenue in the Dupont neighborhood, Native Foods is known for artisan, plant-based fare like bowls, burgers, wraps, tacos, and specialty salads. The Chicago-based restaurant group plans to open a second location in DC later this year.”

You can see their Menus here.