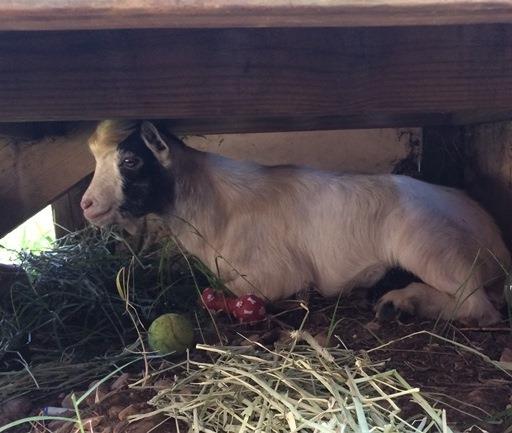 “The Metropolitan Police Department (MPD) was alerted to a Pygmy goat just running down the street! He had obviously taken a few wrong turns, and was calculating his next move when he was spotted on V Street, NE, between 31st and 33rd Streets.

WHS Animal Care and Control Officer Beth Phillips was quickly en route. Sure enough, a young, male goat had been corralled by MPD into their vehicle maintenance facility. Officer Phillips arrived and sprang into action, easily leashing up our new friend and guiding him safely into her van.

Back at the New York Avenue animal center, Billy was given a deluxe suite in our agility yard. For the first few days his fame overwhelmed him, so he rested beneath the stairs. But after settling in, and spying on the nearby dogs inquisitively, Billy took to exploring his temporary home and lying in the sun.

In the meantime, WHS searched for a more suitable habitat for Billy, and soon found one with our friends at Poplar Spring Animal Sanctuary in Poolesville, MD. Just three days later, Billy was once more catching a ride, this time to his new home.” 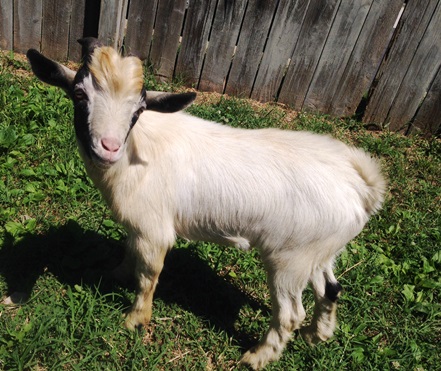