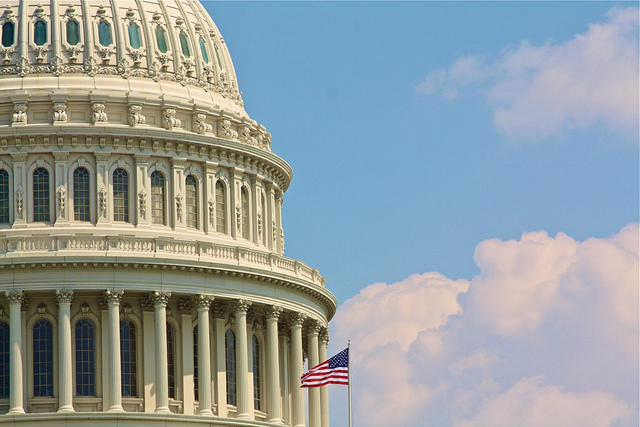 Justin lives in the H Street, NE neighborhood. PoP-Ed. posts may be written about anything related to the District and submitted via email to princeofpetworth(at)gmail please include PoP-Ed. in the subject line.

Just last week, Congressman Andrew Harris, MD (R-MD) decided to turn D.C. into his own cheap prop during an appropriations meeting by filing and ultimately passing an amendment to kill the “The Simple Possession of Small Quantities of Marijuana Decriminalization Amendment Act of 2013”.

This decriminalization act was passed by the democratically elected D.C. Council with overwhelming support. It was signed into law by the District’s elected executive, Mayor Vincent Gray. I don’t know why Congressman Harris believes that his role as a representative of Maryland – where decriminalization is the law, by the way – entitles him to overrule the democratically-enacted statutes of our city.

Small amounts of recreational marijuana in the hands of non-violent offenders shouldn’t ruin lives. As D.C. struggles to increase high school graduation rates and decrease violent crime, we should focus on removing barriers to education and employment by encouraging treatment and rehabilitation in lieu of imprisonment. Decriminalization makes good fiscal sense as well: we should not be paying to house non-violent marijuana users in a Department of Corrections facility.

But unfortunately the merits of the policy have been overwhelmed by the crusading ego of Congressman Harris. This is simply unacceptable.

While we may not have direct representation in Congress, we need to band together and rally for a united and fully independent Washington, D.C.”