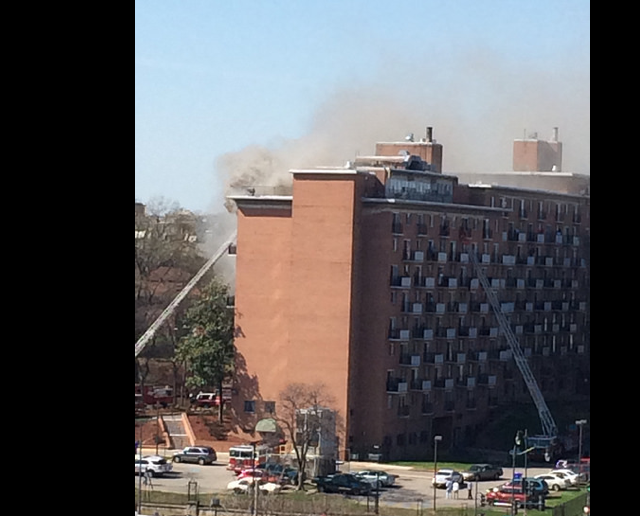 Fire at Garfield Terrace in April 2014

I wanted to warn people who walk/bike/drive or park along 2400 block of 11th Street NW, east side in front of Garfield Terrace Apartments.

Yesterday evening, 6:30pm, I witnessed several times pedestrians, bicyclist, and drivers going north on 11th st NW get peppered by fireworks thrown on them by a tenants from the balconies of Garfield Terrace. The main perpetrator was an African-American male, shirtless and wearing only flip-flops and grey jogging pants and he was lighting fireworks and throwing them down on unsuspecting victims and then dashing inside. He was doing this from 3rd floor balcony, closest intersection is 11th and Clifton St NW, and working with his young neighbors in adjacent balcony by throwing firecrackers simultaneously.

I also witness the same shirtless man bring out a child in diapers while doing this and I called 911 and gave them all the description and my information. I was with my son on the westside 11th st NW, sidewalk going uphill next to Cardozo HS., when I started to hear fireworks and I was disturbed to see a grown man involve children and even a small infant completely disregard anyone safety. Both MPD and Housing Police showed up but unless they witness they actions all they officers could do was patrol.”

Ed. Note: Previously we’ve had reports of rocks and bb guns being fired at cyclists on this section of 11th Street.