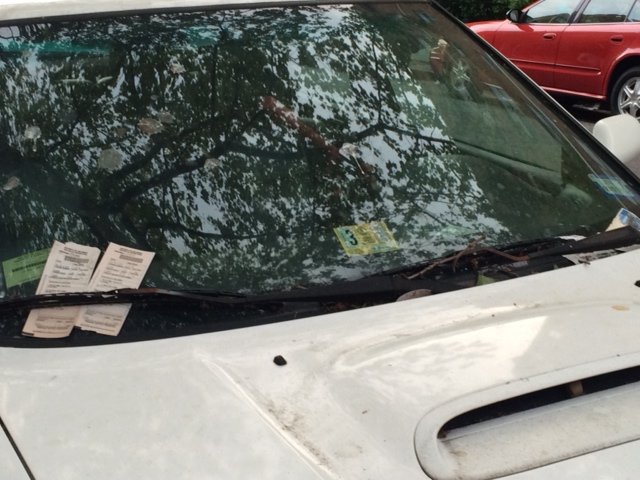 There has been an abandoned car parked continuously in the 1200 block of Monroe Street NW for nearly four months, and I’ve been unable to get it towed. It was first ticketed in March 2014, and it’s been ticketed every Monday (for street sweeping violations) since then. The tickets just continue to pile up on the windshield. I submitted a 311 request in April to get the car towed, and I contacted Jim Graham’s constituent services in May for help getting in touch with DPW– both times I received no response.

I don’t understand how an abandoned car can sit in the middle of Columbia Heights (where parking is already at a premium) for four months. Any idea how to finally get this abandoned car out of the neighborhood? Thanks for any help you can provide!”