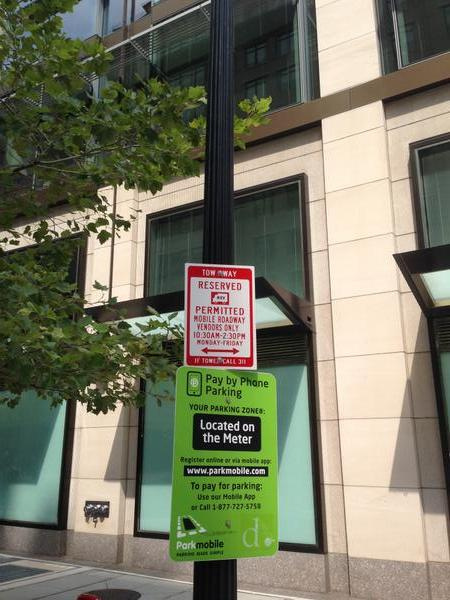 @MrsARodriguez tweets us the photo above:

“Parked a few spots down, didn’t see vendor sign. Happened 2 another guy 2. Lesson learned I guess! $30 ticket on top of having to pay $120 to get his car from the towing company.” 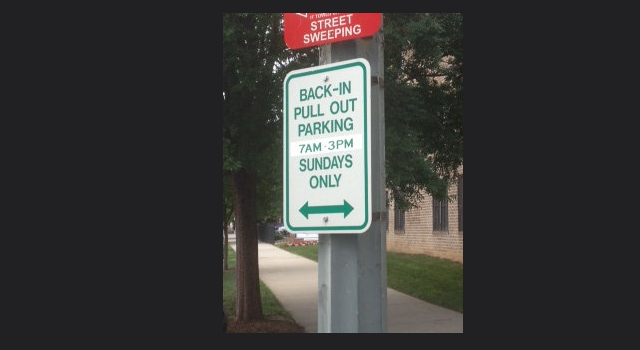 I did not realize until Sunday morning that drivers wanting to park along streets that have Sunday-only back-in parking near churches in Shaw were required to park that way during those times. I just figured it was permissible but not required. I was wrong. In other words, residents must move or adjust how their cars are parked by 7am on Sundays along many streets in Shaw. When I walked by 7th St NW Sunday morning two MPD officers were ticketing cars that were not properly parked (backed in, protruding into one lane of traffic).

What’s more, I understand that MPD will not ticket vehicles that remain backed in and blocking one lane of roadway after 3pm unless a complaint is called in.

By the way, the churches have petitioned the city to extend back-in parking on 6th St NW until 9pm Sundays. The city extended the hours while doing a study earlier this year. The study found that extended hours parking was unsafe but the Universal House of Prayer has hired an attorney to petition the city to allow the extended parking to remain. This extended parking makes it more challenging to find a place to park for residents as, even if they find a spot along that road, they need to move their car/adjust how its parked at 9pm…” 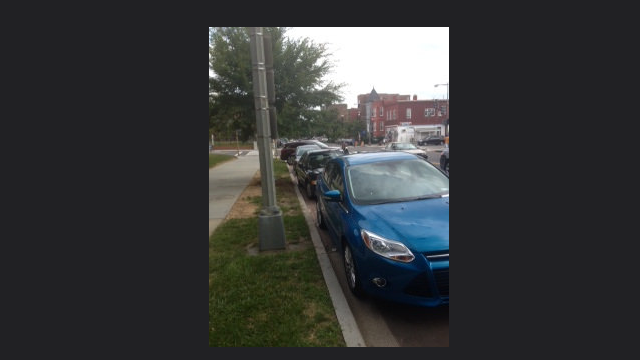