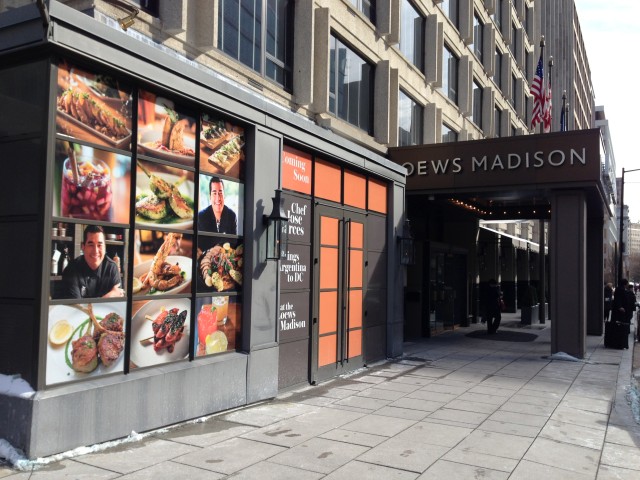 “On July 3, acclaimed chef Jose Garces unveils Rural Society, an Argentine steakhouse at the Loews Madison Hotel. The restaurant’s name draws inspiration from La Sociedad Rural Argentina, the Argentine Rural Society, which for over a century has hosted an annual agricultural and livestock show: La Exposición Rural. Rural Society reflects the convergence of rural traditions brought to the bustling, cosmopolitan city. Greeting guests upon entry is a wood-fired grill that enlivens the restaurant and evokes the traditional parrilla cuisine of South America. 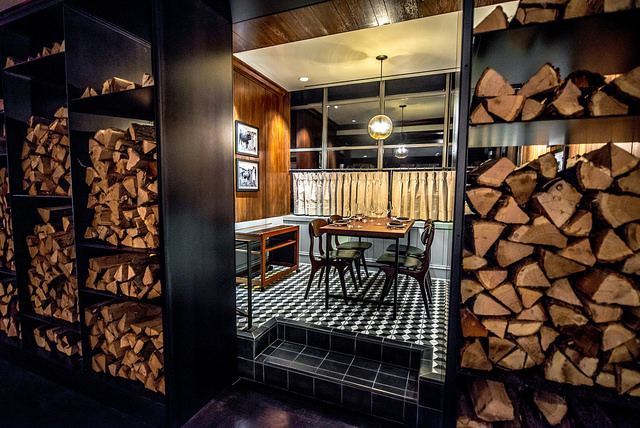 “I’ve always had the urge to explore Argentine cuisine, particularly the parrilla aspect that’s so ingrained in the culture. We want the fire to be a presence, the way it was during so many of our experiences during our trip to Argentina. We’re going to cook as much as we can over that flame,” says Chef Jose Garces.

Fresh from the flames emerge top quality cuts of domestic and imported meat and fish Desde la Parrilla. From turf to surf, guests can graze on selections such as grass-fed Uruguayan rib-eye and prime dry-aged NY strip or Jidori free-range chicken and jumbo cardinal prawns, all served with house-made accompaniments including salsa criolla, merkén aioli and chimichurri. Verduras, or vegetables, are similarly flame-fresh and include Zanahorias, wood-grilled carrots with thyme, fennel seed, and whipped goat cheese. 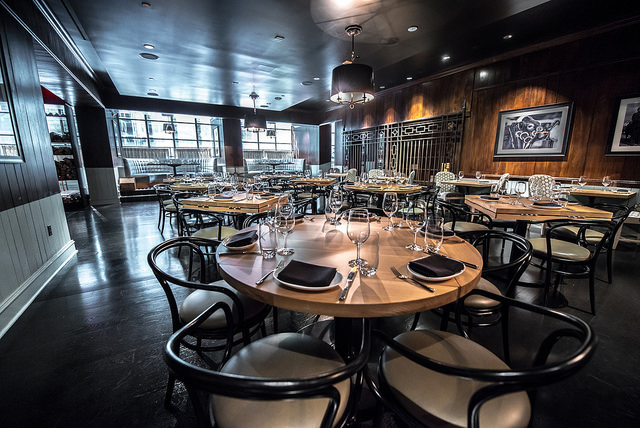 Celebrating the blend of Argentinian and Italian cultures that is prevalent in Buenos Aires due to a wave of Italian immigration that began in the 19th century, Rural Society rounds out the menu with house-made pasta like the Sorrentino, ham and cheese ravioli tossed in Parmesan cream, and Fugazza, or thick-crust Argentine pizzas.

On the beverage side, Rural Society offers an extraordinary range of South American wine, with more than half of the wines by the glass hailing from Argentina, in addition to an extensive collection of 75 whiskeys and 25 Italian Aperitifs. Specialty cocktails are inspired from both Argentine and Uruguayan classics, incorporating locally popular ingredients such as the bitter and aromatic Fernet Branca, which is infused with orange Yerba Mate tea to make a Gintonic. For beer lovers, South American selections include Quilmes (Argentina), Pacena (Bolivia) and Xingu (Brazil). Happy hour will be hosted daily from 4:00 pm to 6:00 pm. continues after the jump. 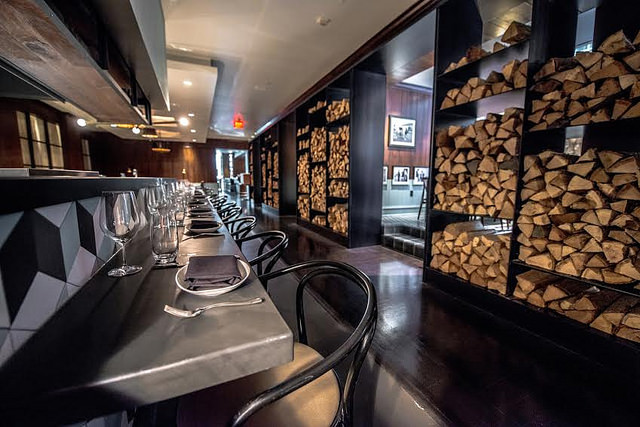 Designed by AvroKo, the restaurant draws inspiration from La Exposición Rural, taking cues from the rugged Gaucho, South American cowboy, culture as well as the refined style of Buenos Aires. At the same time, the design also pulls from the Tisch family’s hotels The Americana and Loews Miami Beach Hotel, which housed an Argentine-style restaurant named the Gaucho Room, as well as harkens to the Madison Hotel’s storied reputation for attracting presidents and politicians throughout the years.

Guests enter the restaurant through the bar and lounge where vintage photographs pay homage to the agricultural show through black and white images of horses with their owners alongside trophies and ribbons adorning the walls. At the center of the main dining area is the wood-fired parrilla grill and pizza oven with a chef’s counter. Rustic wood tables, leather banquettes and dark-stained wood-paneled walls create a warm and inviting atmosphere.

At the perimeter of the dining room, power players dine and converse in private rooms inspired by tack rooms, and the secret deals made in them, each complete with its own mini bar, which were originally invented by the Madison Hotel in the 1960’s. A larger private dining room evokes a tent erected for the occasion, filled with trophies and awards. A gallery of past champions lines the walls, surrounding the guests in more than a century of history. In warmer months, the restaurant features an outdoor terrace, with long, wooden tables underneath strewn lights draped from above.”