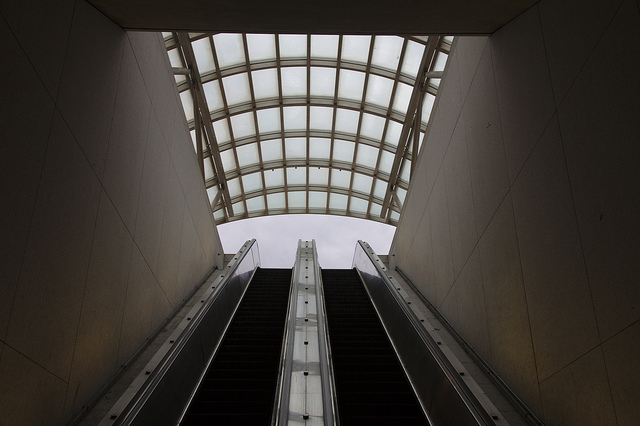 I know it’s a little late to mention, but a funny thing happened on the metro this morning and I was wondering if you had heard of anything like it before. It was about 8:50 am in the Shaw metro station and all of a sudden the usual announcements stopped and there was another announcement, something along the lines of: “Attention, there is an emergency in the metro station. Please evacuate the station immediately”. The people I was sitting near and I all looked up at each other and then around, surprised. It was strange because half the people in the station didn’t even seem to hear it because they had headphones in or were on their phones. The train was coming in two minutes, and not one person actually headed for the escalators to leave (myself and the people around me included). We stood there looking around, waiting for another announcement or for the station manager to come say something, but nothing happened. They were even still letting people into the station. Following this, the train arrived and we got on the train and it went on its way as normal.

I’ve never had this happen before, and it was surprising in two ways: 1) Metro’s lack of follow-up after the announcement and 2) the fact that an announcement like that was so easily not heard or ignored by most in the station. Do you have any idea what could have caused this? The whole situation was definitely very uncomfortable.”