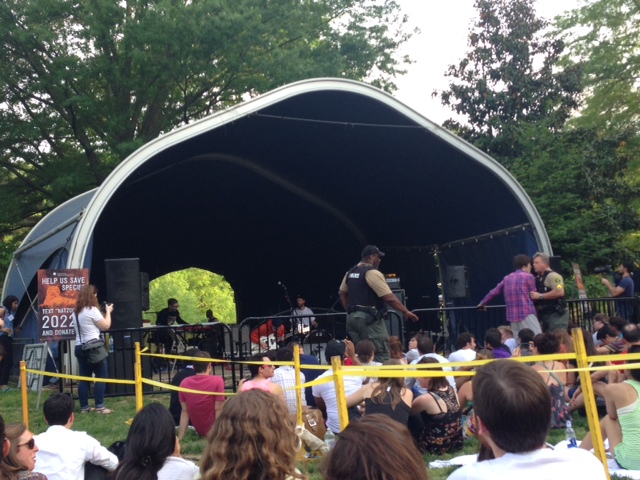 Yesterday turned out to be a beautiful day for a great free concert at the National Zoo to benefit the Sumatran Tigers, but the show was quickly ruined when a fan was forcibly and wrongfully arrested for standing and clapping at the show.

Sure, he was asked to sit down by one officer and booed by other concert goers for standing in the first place, but nobody came to the guy’s defense when 5 200 pound cops took down a 100 pound kid for enjoying the music he was there to see. What I have seen on twitter, instagram, etc., are a bunch of people cheering on the cops (which happened at the show) for arresting him, yet the park director or even the band never even asked people to remain seated during the show. When the kid first stood up, one guitarist thanked the kid for his crowd participation, but then stayed tight lipped when he was hauled off, only to later joke “that’s what we get for hiring the Hell’s Angels to do security.

I understand the issue of common courtesy, but again, this was no “majority rules” as some people claim – or at least I was not asked to vote – and it was never announced that it was a seated only show. I am not one to encourage protests or start riots, but I think it is appalling that my peers, fellow concert goers and supporters of music and Saving the Tigers! just sat there and cheered as someone was arrested for standing at a concert.

Open to any feedback, as I know many disagree. Thanks for reading.”

Last night at the concert, where guests were sitting on the lawn, one person stood up and was blocking the audience’s view of the band. He was repeatedly asked to sit down and resisted the requests. He was removed when he didn’t cooperate and was turned over to MPD. 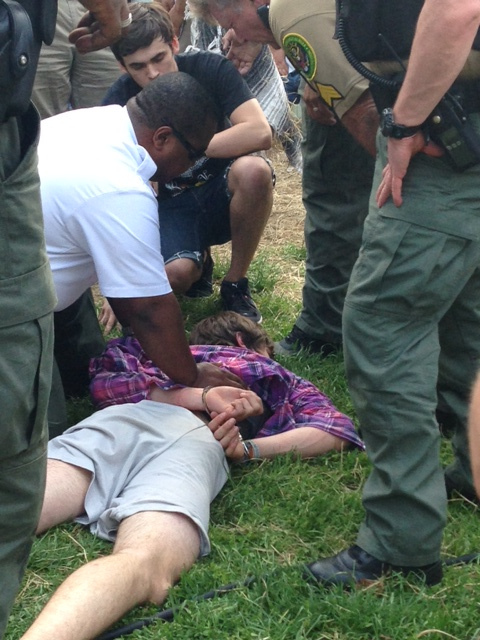 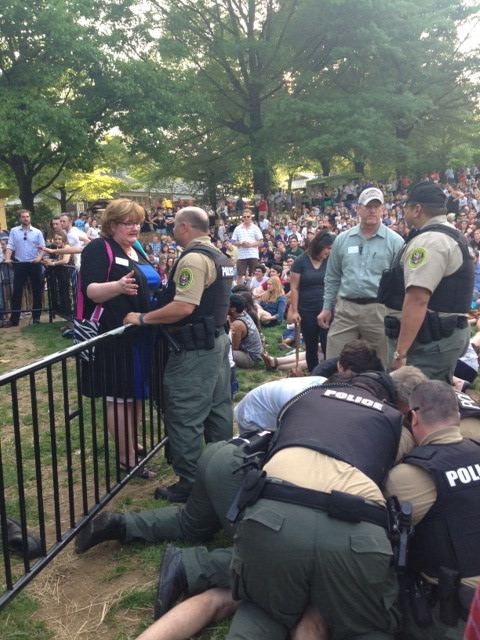