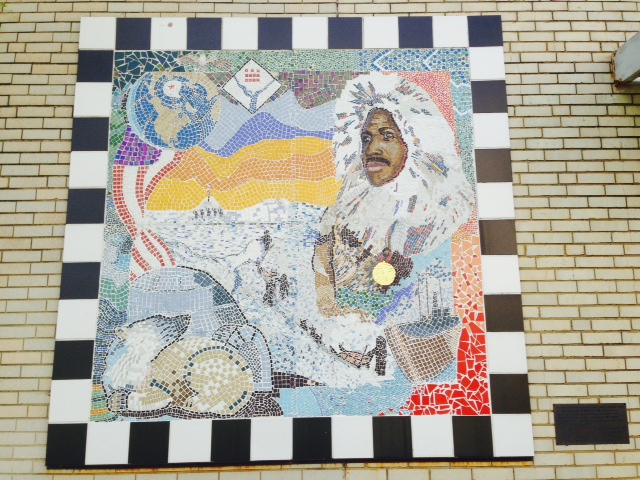 Thanks to a reader for sending this great mural mosaic in SW from the Earth Conservation Corps Center. From wikipedia:

“Matthew Alexander Henson (August 8, 1866 – March 9, 1955) was the first African-American Arctic explorer, an associate of Robert Peary on seven voyages over a period of nearly 23 years. They made six voyages and spent a total of 18 years in expeditions.[1] Henson served as a navigator and craftsman, traded with Inuit and learned their language, and was known as Peary’s “first man” for these arduous travels. During their 1909 expedition to Greenland, Henson accompanied Peary in the small party, including four Inuit men, that has been recognized as the first to reach the Geographic North Pole (although this has also been subject to dispute). Henson was invited in 1937 as a member of The Explorers Club due to his achievement and was the first African American to be accepted.

Based on research into Peary’s diary and astronomical observations, Wally Herbert, a later Arctic explorer who reached the North Pole in 1969, concluded in 1989 that Peary’s team had not reached the pole. This has been widely accepted, but some continue to dispute this conclusion.

In the late 20th century, S. Allen Counter did research about Henson’s contributions and argued for more national recognition of the explorer. By presidential order, in 1988, the remains of Henson and his wife were reinterred with a monument at Arlington National Cemetery, near that for Peary and his wife. Henson has received numerous posthumous honors since then. Counter published a 1991 book about Henson, which included material about his and Peary’s Inuit “wives” and sons.” 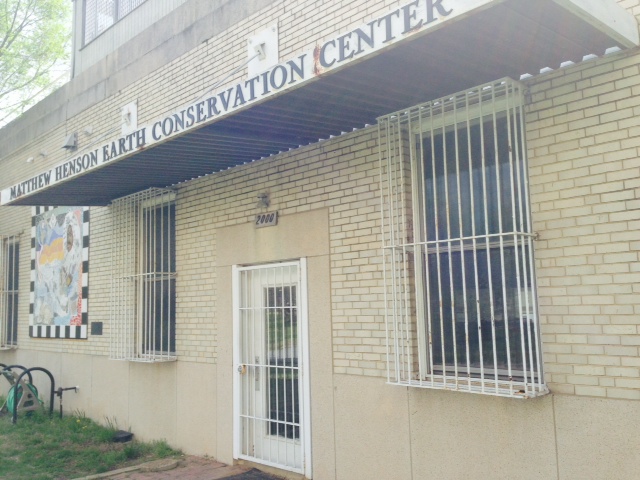