Thanks to a reader for passing on from the Phantom Flower Planter of the Dupont North Metro – Henry Docter. Metro Killed Them, Every One: 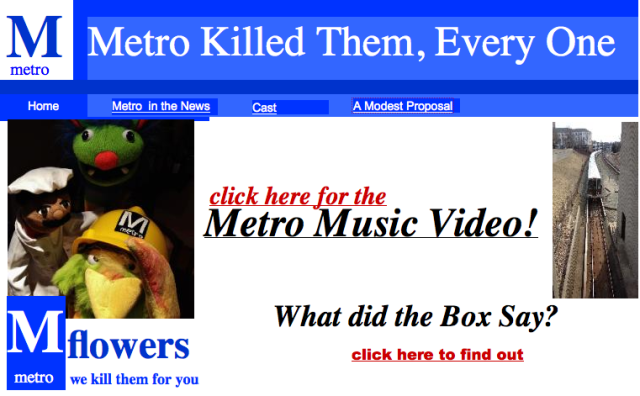 With a promise of more plantings:

In exchange for The Phantom Planter’s promise to forgo the pleasure
of creating and then unveiling Surprise #3,

2. This May, Henry Docter, aka The Phantom Planter would like to try again and replant
the climbing vines and erect sculptures for them to climb up. Then after the first frost of
2014, he will clean everything up and Metro can install a groundcover of their choice.