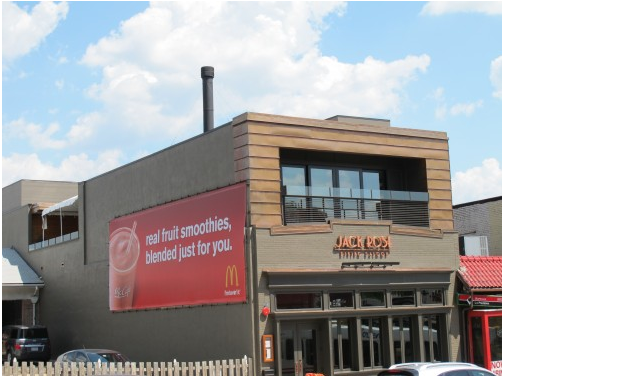 A South Carolina native, Jones’ love for food was inspired by early childhood travels – the taste of his first real baguette in Paris, buying chestnuts from a street vendor in London, watching butchers at work in the open-air markets. These experiences coupled with his mom’s Southern home cooking helped inspire his current “somewhat Southern, executed with French technique” culinary style.

“My mom worked full-time but always had dinner on the table for our family. It was very traditionally Southern – we never had just one dish, but one main protein and lots of vegetables and other sides,” says Jones. His love for fresh, seasonal produce will be apparent in the new menu at Jack Rose, with many more composed vegetable dishes and sides, directed by the seasons.

His first taste of the restaurant industry was working at an all-natural market and co-op while attending the University of South Carolina, with the intention of becoming a high school English teacher. The Rosewood Market & Deli in Columbia, SC catered to the vegetarian and vegan community, and sold prepared foods which Jones helped make fresh every morning, working under Chef Benoit St. Jacques. “I eventually realized that I preferred being in the kitchen than to what I was studying,” says Jones. “Also, Benoit was always an inspiration of what I thought I wanted to be professionally.” The market was very ahead of its time, before the locally-sourced and organic/all-natural craze really took foot, but it inspired Jones to cook and source locally during the three years he worked there.

He eventually moved to DC and worked in kitchens throughout the area learning the craft, and decided to attend culinary school. After graduating from L’Academie de Cuisine in Gathersburg, MD, Jones honed his French culinary technique at Le Paradou, working with acclaimed chef Yannick Cam. He opened Vinoteca as Executive Chef, then moving on to award-winning fine dining Restaurant Eve to learn from one of his biggest influences, Cathal Armstrong. During his three-year stint at Eve, he learned to cook “in the season” and worked his way up to Sous Chef.

At Jack Rose, Chef Jones plans to serve what people want to eat right now, and what pairs well with drinking. The menu will offer smaller share plates, entrees with hearty proteins, and snacks that complement the restaurant’s acclaimed beverage program. His new menu will launch in late April.”