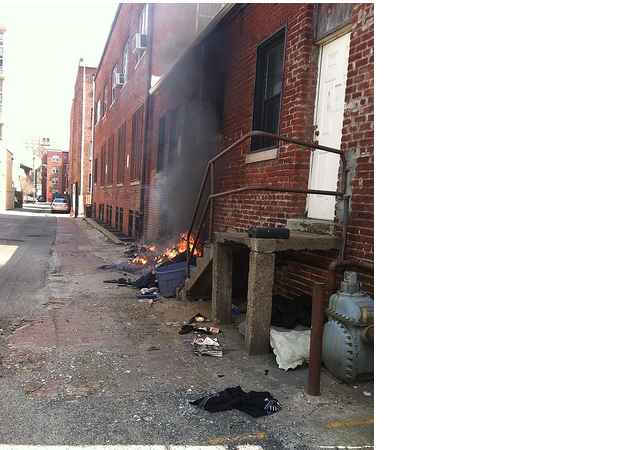 Fire from alley between the 1400 block of Columbia and Irving St, NW previously reported in April of 2013

Unfortunately a reader reports that the man setting fires in Columbia Heights, which we previously spoke about almost exactly a year ago, has returned:

“The fire starter from columbia heights was back this am, police refused to take a report. Same alley. Again got him after the fire was out but building and alley reeked of smoke. I asked multiple times for that report to be written up and got shut down. I wanted a paper trail because that is always asked of me whenever I try to talk to someone higher up about it. I asked for a misc report and they refused.”

Read more →
More Stories
From the Forum – Parking an airstream on my own property?Fri. Afternoon Rental Option – Bloomingdale