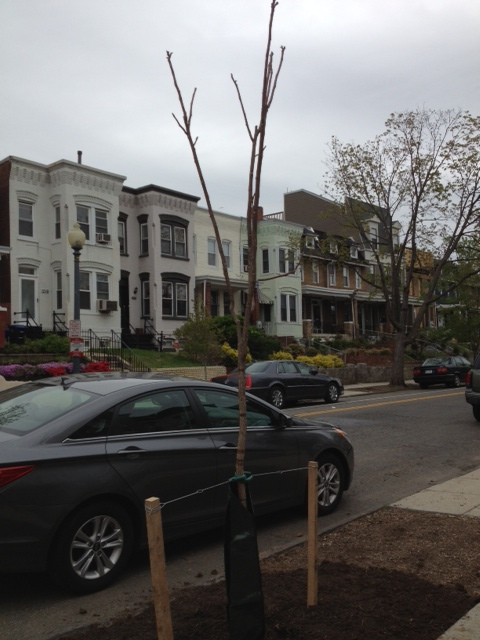 On April 28, 2014, DC planted a new street tree in between the curb and sidewalk in front of my house near H Street. The label on the tree identifies it as a Kentucky Coffeetree. According to the USDA plant guide, Kentucky Coffeetree “leaves, seeds and pulp are poisononous and toxic to livestock, humans, and pets.” The report also notes that “Cattle have reportedly died after drinking from pools of water contaminated by fallen leaves and seeds from the tree.”

I do not want a poisonous and toxic tree in front of my house or in my neighborhood. I have a newborn child and a dog. Many of my neighbors have small children and pets as well. Even with a healthy dose of cynicism towards DC resident services, it still astounds me that DC would plant a poisonous tree.

Additionally, this tree planting is just the latest in a 2 year saga to have a tree planted in front of my house. In Spring 2012, DC dug up a dead tree in the same location and replaced with another tree that was already dead when it was planted. In October 2012, I filed a request via 311 notifying DC that it removed a tree and replaced it with another dead tree. I asked that the new dead tree be replaced. Because I did not receive a response and 311 showed that my request was responded to, I filed a second 311 request in May 2013, again requesting that the new dead tree be replaced. In September 2013, DC finally removed the dead tree during a project to expand tree planting sites along sidewalks. However, DC did not replace the tree until yesterday, and now I learn that the new tree is toxic to humans and pets.

Also of note, there’s a good chance the new tree is dead. It looks like a barren twig stuck in the ground. I am by no means a tree expert, but I would think that if the tree was alive it would at least have some budding leaves (or any sign of life) by late April.

For 2 years I have tried to get DC to plant a tree in front of my house. Now I have a tree that either poses a danger to my and my neighbors’ children and pets or is already dead (or possibly both toxic and dead).

At this point I would gladly pay for a new tree myself, but it is illegal to plant trees on city property and it would likely be difficult to dig up the current tree. I’m curious if anyone else has noticed DC planting poisonous trees or if anyone has any advice on dealing with this issue besides 311 and the ANC rep (both already tried). Thanks!” 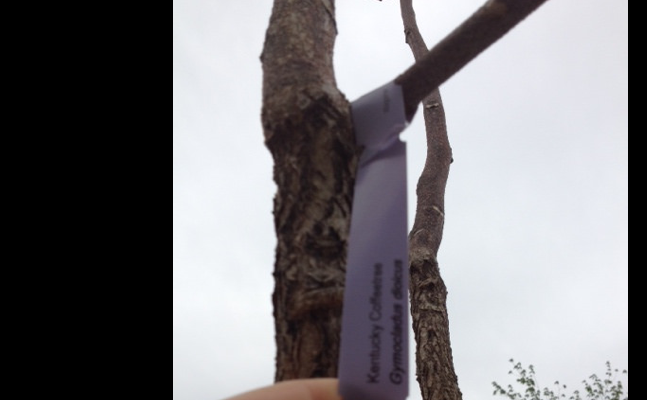