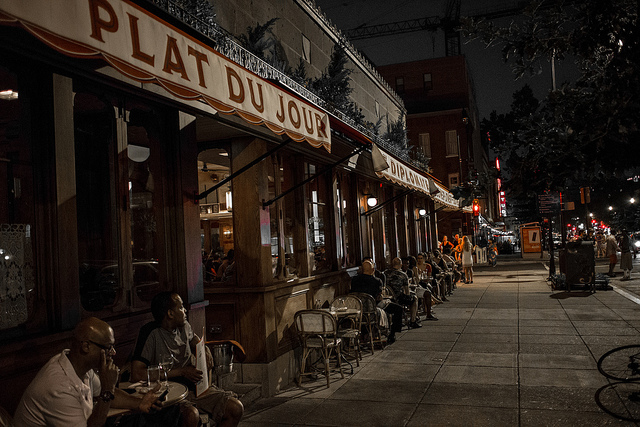 “Adam Schop. The 37-year-old chef, whose resume includes the pan-Latin Nuela in New York and the admired Zinc Bistro in Scottsdale, beat out more than a dozen serious candidates for the job – including three French chefs.”

Not sure how/if Schop’s leaving will affect the menu but will update as soon as more info is known. Le Diplomate opened up almost exactly a year ago at the corner of 14th and Q St, NW.