Get our email!
Search
Van Ness 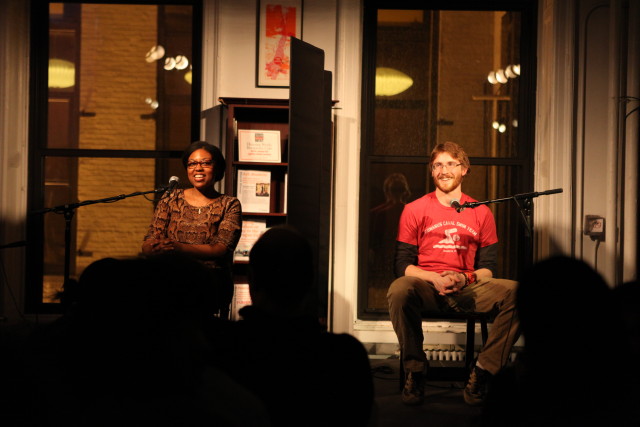 This Saturday at Politics and Prose, Ask Roulette — the NYC-based “conversation series in which strangers ask each other questions live on stage” — is back for a second DC show. The premise is simple: show up with a question you want to ask a stranger, and hope that you get called up on stage. The one catch is that you can’t ask your question until you’ve answered a question from a stranger first.

Host Jody Avirgan says that his favorite part of the evening is the variety. “Some questions are silly — ‘Would you rather ride a lion to work or go to the moon with your best friend?’ — and some questions are a little deeper — ‘Are you the person you thought you’d be growing up?’ What makes it all come together is that you never know who’s going to get paired up, and whether their interaction is going to be funny, serious, weird, or some magical combination of all three.” He adds: “There’s also beer.”

This Saturday’s show also features special guests Clinton Yates of the Washington Post, John Dickerson of Slate, and Tamara Keith of NPR, who will all be answering and asking questions of their own. Ask Roulette’s “house band” Eli Bolin, of Sesame Street, is also making the trip from New York. The last show at Politics and Prose was packed, so show up by 6pm to get a seat and get your question in. And don’t worry, you can also just sit and watch (and drink beer).

To get a better sense of how Ask Roulette works, visit the website, where you can also listen to the podcast.”