Get our email!
Search
Chinatown, who are these people? 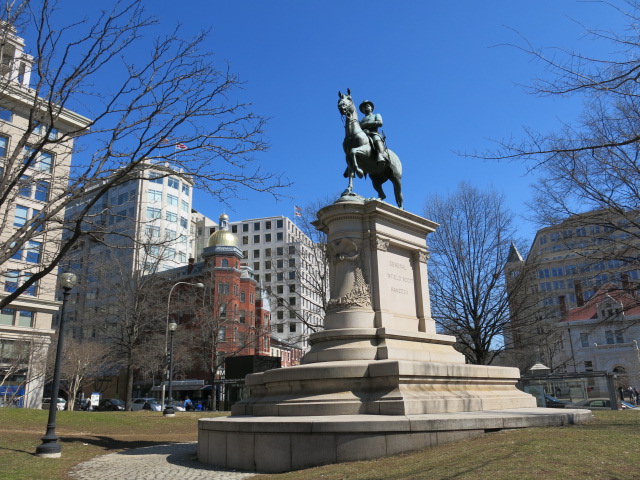 “Hancock the Superb” is located just outside the Navy Archives metro off Pennsylvania Ave and 7th St, NW. 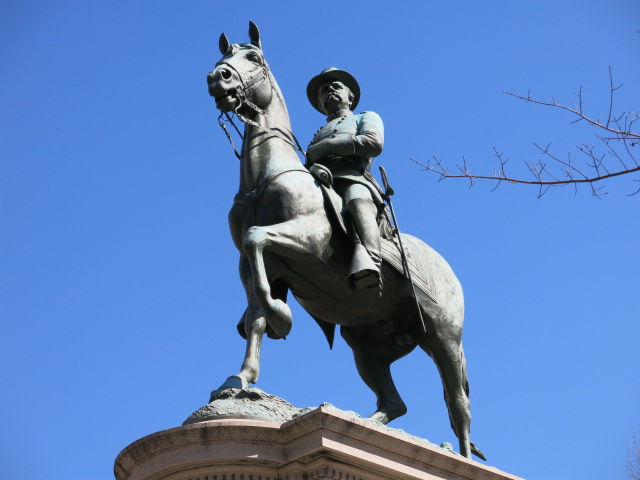 Winfield Scott Hancock (February 14, 1824 – February 9, 1886) was a career U.S. Army officer and the Democratic nominee for President of the United States in 1880. He served with distinction in the Army for four decades, including service in the Mexican-American War and as a Union general in the American Civil War. Known to his Army colleagues as “Hancock the Superb”, he was noted in particular for his personal leadership at the Battle of Gettysburg in 1863. One military historian wrote, “No other Union general at Gettysburg dominated men by the sheer force of their presence more completely than Hancock.” As another wrote, “… his tactical skill had won him the quick admiration of adversaries who had come to know him as the ‘Thunderbolt of the Army of the Potomac’.” His military service continued after the Civil War, as Hancock participated in the military Reconstruction of the South and the Army’s presence at the Western frontier.

Hancock’s reputation as a war hero at Gettysburg, combined with his rare status as a prominent figure with impeccable Unionist credentials and pro-states’ rights views, made him a quadrennial presidential possibility in the years after the Civil War. His noted integrity was a counterpoint to the corruption of the era, for as President Rutherford B. Hayes said, “… [i]f, when we make up our estimate of a public man, conspicuous both as a soldier and in civil life, we are to think first and chiefly of his manhood, his integrity, his purity, his singleness of purpose, and his unselfish devotion to duty, we can truthfully say of Hancock that he was through and through pure gold.” This nationwide popularity led the Democrats to nominate him for President in 1880. Although he ran a strong campaign, Hancock was narrowly defeated by Republican James A. Garfield. 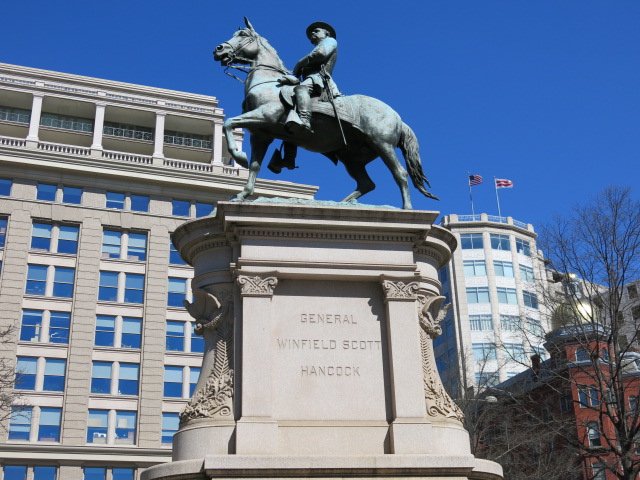