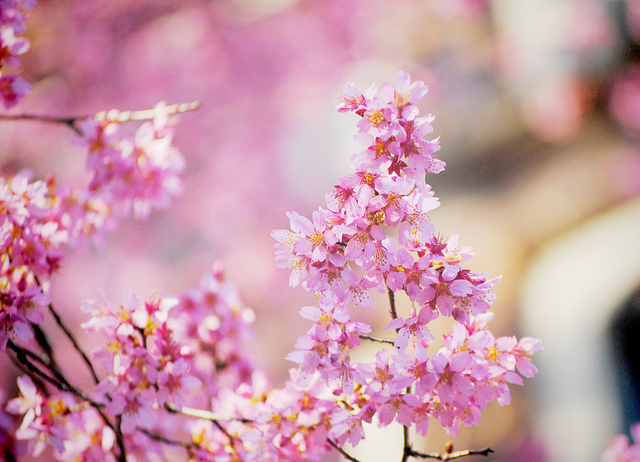 “This year’s break will take place over four consecutive weekends, beginning Saturday, March 22, and continuing through Sunday, April 13. Trains will run at regular weekend intervals on all lines. During daytime hours, normal weekend intervals are every 6 to 12 minutes. (The only planned weekend work during this time will take place late Sunday evenings, after 10 p.m., when ridership is light.)

In addition, Metro will run more 8-car trains than normal to provide additional capacity. Eight-car trains are the longest possible on the Metrorail system.

Sarles encouraged riders to load value onto their SmarTrip card in advance – especially through Auto Reload, the online feature that automatically replenishes a low balance. In addition, riders traveling to the Tidal Basin are encouraged to use stations other than Smithsonian, which is frequently crowded during the spring season.

On average, Metro ridership increases by more than 15 percent during Cherry Blossom season, and weekend ridership can double to near-weekday levels if the weather is nice.

Metro is at the halfway point of a six-year, $5.5 billion program to improve safety and reliability through the reconstruction of major components of the rail system. It represents the largest capital investment — and work effort — since Metrorail’s original construction in the early 1970s.”

“Dear PoPville, I am hoping someone from the community may have a better camera angle or may have seen something to help identify the car that hit my car. This…