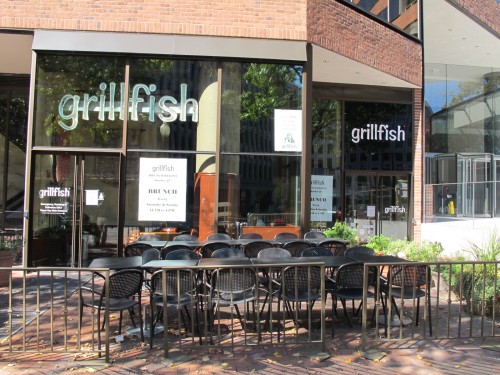 Created by the recently-appointed Head Chef, Kerry Tate, the new offerings feature Grillfish’s staple seafood in dishes like Oysters Benedict, Fish Tacos & Eggs, $1 oysters on the half shell, and Shrimp & Grits. The menu also provides a little something for those looking for a land-based option, such as an Apple Stuffed French Toast.

The new brunch menu was the first undertaking of Head Chef Kerry Tate, who is incorporating new local offerings into the menu, with an emphasis on produce sourced directly from EatWell DC’s EatWell Natural Farm in La Plata, MD. Chef Tate came to EatWell DC’s The Heights in 2013, and now will be directing the menus at both restaurants.