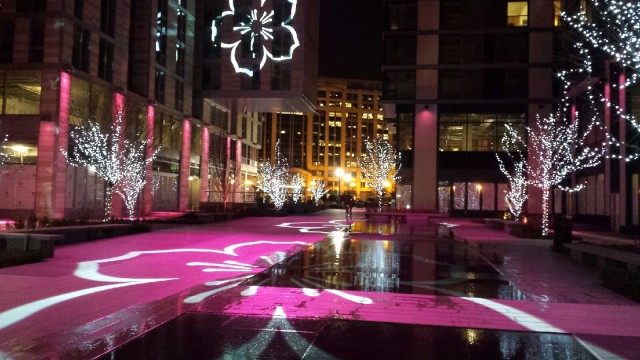 Thanks to Dan Enterline for sending:

“The plaza at CityCenter is now open, and all decked out for the Cherry Blossom Festival. (Pic taken Wednesday evening, March 20, 2014) The photo was taken from the SE corner of the plaza facing NW.”

A permit has been issued for Del Frisco Steakhouse which we first heard about back in Nov. 2012:

In June of 2012 Del Frisco’s Grille opened in the long vacant former Les Halles space at 1201 Pennsylvania Avenue, NW.  You can see the Steakhouse menus here.

A couple of weeks ago I also posted some retail scuttlebutt about a Hermes, Gucci, D&G, Tiffany&Co as possible tenants. Here’s an update from a good source – No D&G, No Gucci but yes to a Louis Vuitton and a Paul Stuart and a Tiffany & co is still possible.

And here’s another of the new fountain at CityCenter from PoPville flickr user clif_burns: 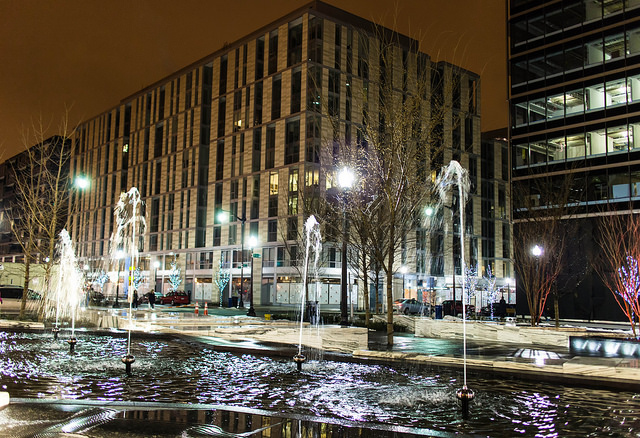