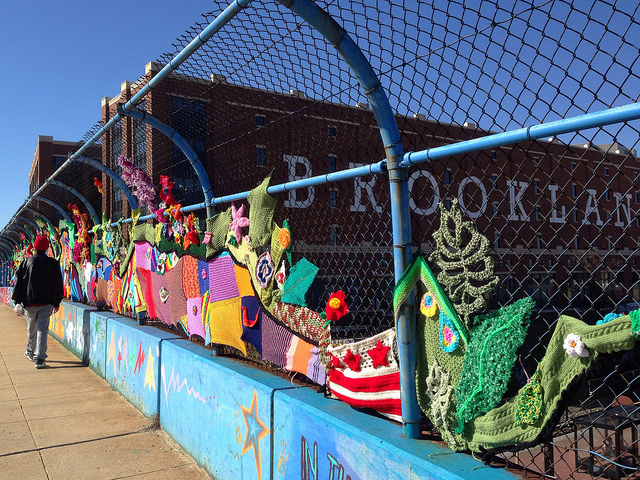 There is a awesome Yarn Bombing mural like thing on the Monroe Street Bridge in Edgewood/Brookland near where the Monroe Street Market building is going on. My husband and I were out walking yesterday morning and stopped to check it out. We were really impressed with all the flowers, vines, butterflies, and more that is attached to the fence.” 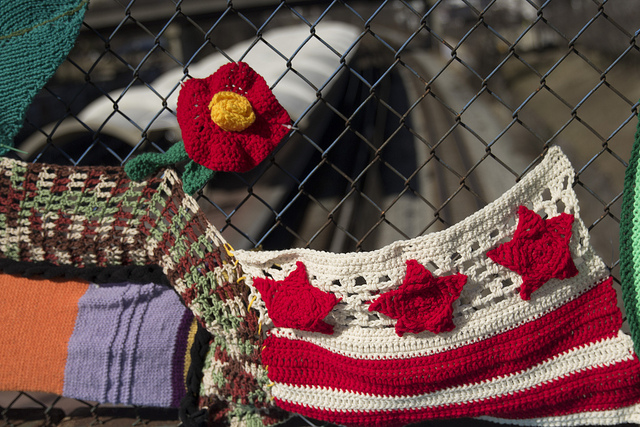 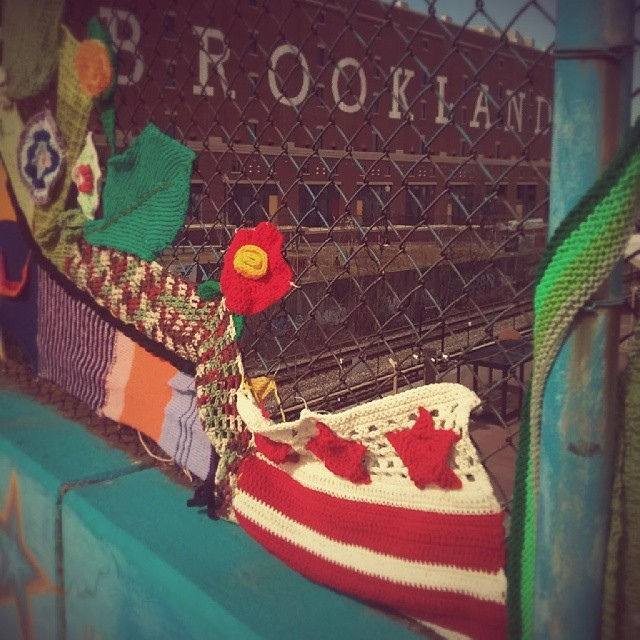