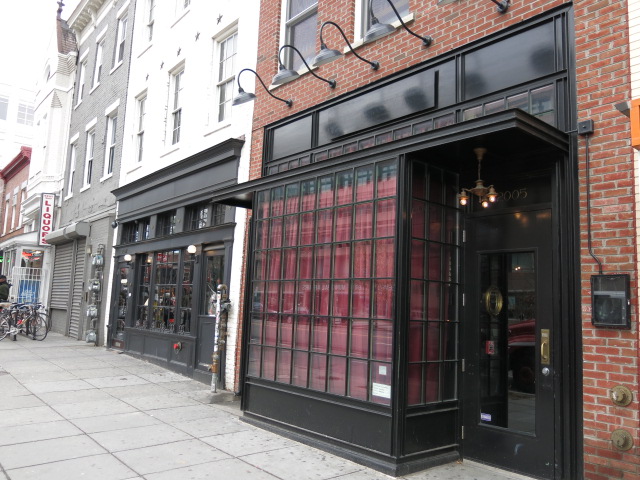 Yesterday I spoke with owner Eric Hilton who shared a few details. Den of Thieves will be music driven hosting numerous DJ friends of Mr. Hilton (who of course is a founder of Thievery Corporation.) To start the space will only be open on weekends though soon it will be open weekdays too. Hilton himself is kicking off the festivities on Saturday (and will do continue DJing in the near future) This Saturday the music starts at 10pm (doors open at 8pm.) There is no cover and the space holds about 99 people. Hilton also noted that is place where DJs can do there thing and play whatever they want (nobody will be taking requests here.)

Hilton summed up his presence on the strip of 14th and U – “Gibson has really good craft cocktails, Marvin is Marvin, and Den of Thieves will be a really low key inexpensive spot with good music. 1, 2, 3.”

After the jump a look at the food and drink menus.

Beer / Wine:
For wine we will serve one red and a white which will change regularly.

We will carry a nice selection of reasonably priced bottle and draft beers, the list has not been finalized. 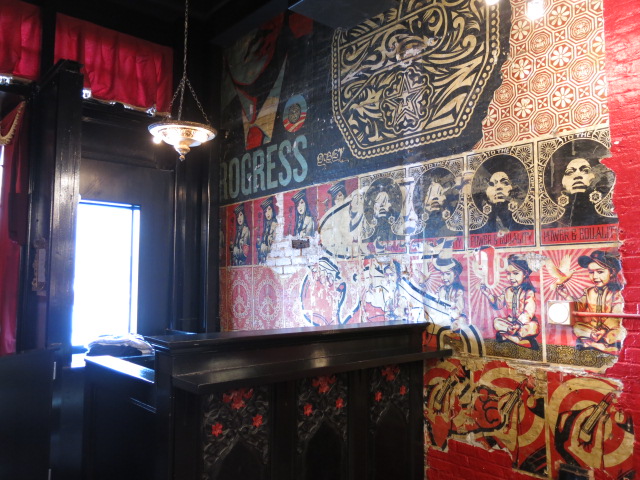