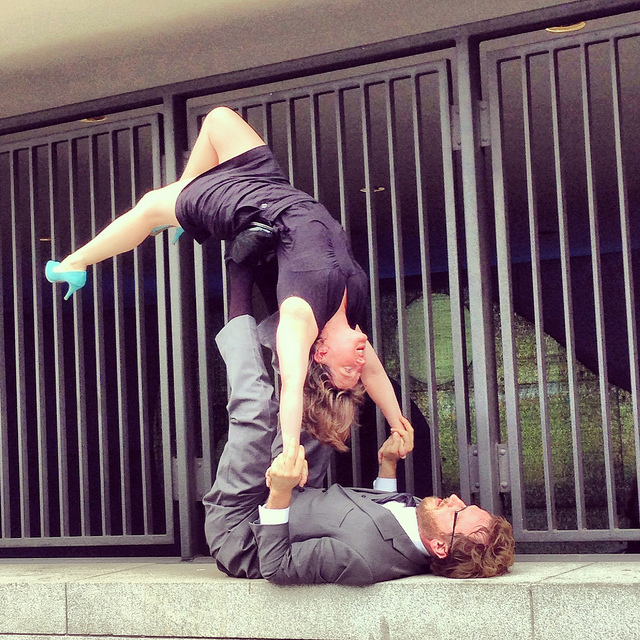 I went to Epic Yoga DC, a yoga studio near Dupont Circle, after work on Friday. I recently started going there and was trying (as most new year resolution-ers are) to go more frequently. The studio is nice, with locker rooms, showers, free mats, etc.- things that are not available at most yoga studios I’ve been to in the area. After enjoying my class, I headed back to the locker room to discover that while I was in class, my iphone, cash, and cards had all been stolen out of my LOCKED locker (the locks are built into the lockers and provided by the facility.) Upon discussing this with another woman in the locker room I was told that her wallet had been stolen the day before (admittedly out of a unlocked locker) and that there had been several break-ins/thefts at this yoga studio and others in the area recently. She also noted that this was why other students had kept their bags with them during our class.

When I reported the theft to the front desk employee (the only staff on duty besides the instructors) she appeared unsurprised and offered no assistance. Her first words were “not again.” She told me that she had seen two “suspicious-looking” women walk in during the time when I was in class and had immediately called the police, but that the police did not arrive in time to question them. When I asked if she had tried to prevent them from entering the studio/locker rooms I was told “there was nothing she could do to stop them.” I can think of a few things- how about ask them if they are members/have a reservation for a class? (Online reservations are required). Refuse to let them enter? Follow them into the studio? Stop a class to ask others for help? Obviously if they had been armed/tried to physically intimidate her this would have been a different situation, but according to our conversation this did not happen. Then, as soon as they left/classes ended, ask people to check that nothing is missing, rather than pretend that nothing happened and wait for someone to report it? Similarly, the management, which clearly knew that thefts were occurring, had 1. Failed to notify students that their personal belonging were not safe and should be kept by their person, 2. Failed to staff extra people so that someone could monitor the lockers rooms/provide support to the lone staff member on duty, 3. Failed to institute a check-in system that requires ID/ proof that persons entering the building are in fact members.

I was not offered the management’s contact information, nor have I been contacted by the management (I left my contact info for them to file a police report and also filed my own.)Nor have I been offered any apology or compensation. While I understand they may not be liable for stolen items, an offer of free classes or reimbursement for the cash that was stolen would’ve eased the pain of having my valuables stolen from a presumably secure locker. I hope my experience can serve as a note of caution to other yoga students at Epic Yoga or other studios in DC.”