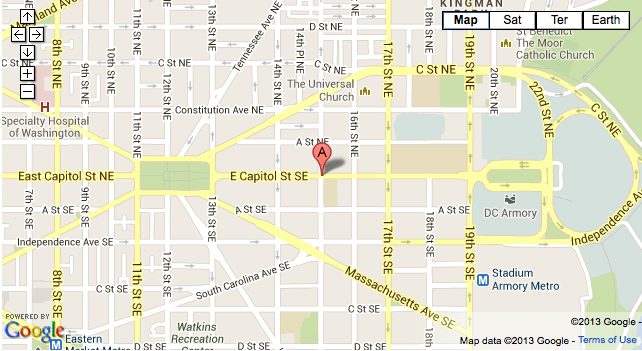 I live on 16th street SE, between east capitol and A SE. Last night my father in law went to get some milk at the Cupboard around 5pm.

Apparently as he walked on East Capitol he passed a group of teenage high schoolers (presumably from Eastern High School). One came up behind him and hit him on the head with a metal pole. [He is doing ok. Just needed stitches. He is very lucky that he was hit where he was, a couple inches over he may not be here with us.] The kid ran off and the others laughed and then dispersed as he made it back to our home afraid they would continue to attack him.

We had the police respond and they were unable to find anything at this point. I have often felt uncomfortable and harassed by high school age children in this area and now they are actually attacking people for fun.

There was no attempt to take any of his possessions, so this is just a depraved act similar to the knockout games.”