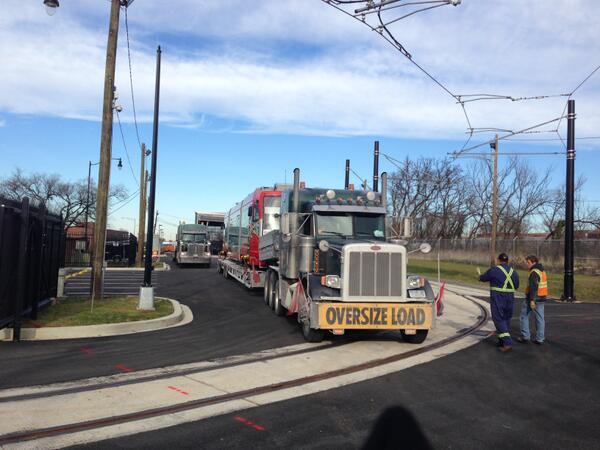 Ed. Note: Additional closures are to be expected through December 19th.

“The District Department of Transportation (DDOT) has announced it will close the eastbound and westbound lanes of H Street NE, between North Capitol Street and 5th Street NE, from Friday, December 13 at 7 p.m. to 1 a.m. on Saturday, December 14, 2013. The closure is to allow for the delivery of the first streetcar from the testing facility in Anacostia to H Street NE to begin the functional testing process.

The streetcar will be delivered on a flatbed truck from the Testing and Commissioning Site on South Capitol Street SE to H Street NE. Once on the corridor, the vehicle will be unloaded between 3rd Street NE and 5th Street NE and pushed into the tuck track on the Hopscotch Bridge. Unloading the streetcar will take approximately three hours. 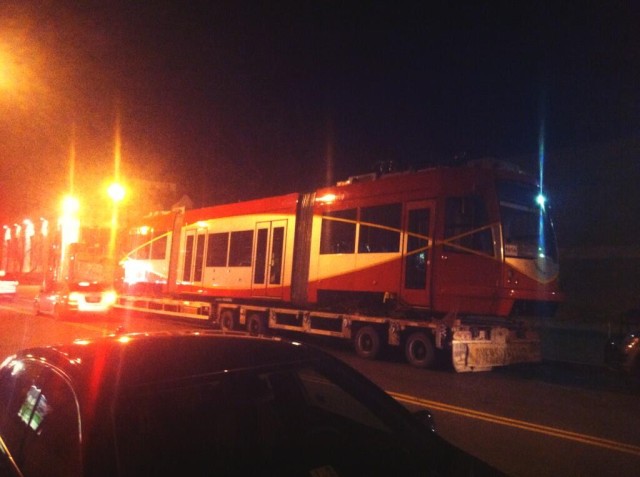 Photo by @spruzin around 6:30pm

Eastbound traffic on H Street NE traffic, west of the Hopscotch Bridge, will:

Westbound traffic on H Street NE, east of the Hopscotch Bridge, will:

During the westbound closures, traffic on southbound 4th Street NE attempting to go west on H Street NE, will:

During this closure pedestrian access, and access to establishments, along the H Street NE will not be affected. WMATA riders are encouraged to utilize the bus stop at H Street and 6th Street NE for both eastbound and westbound service. WMATA will provide signage at existing stops that are not in service during the closures. Loading zones will be impacted while work is taking place in a specific block. Freight and delivery vehicles are asked to please adhere to all parking restrictions. Advanced warning variable message signs (VMS) will be updated to notify commuters of each closure. A VMS will be stationed east of the Starburst intersection (15th Street and Benning Road NE) to direct westbound truck traffic to proceed west on Florida Avenue NE to the detour route on K Street NE.