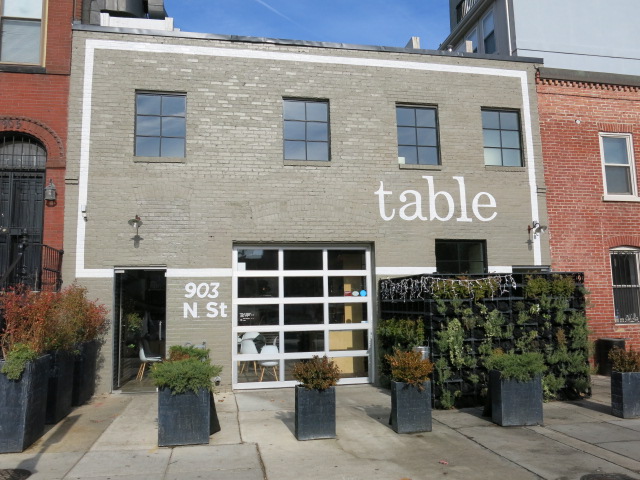 “In early December, Chef Frederik De Pue will host a three-day popup restaurant event at Table to give a preview of what he has planned at Menu, the three-tiered Penn Quarter concept he plans to open in January. The three-course, $45 fixed-price menu will be offered on December 9-11, and feature dishes from Menu’s third floor bistro/bar and fourth floor restaurant.

In addition to a restaurant and bistro, Menu will include a local market on the ground floor featuring produce and grocery items from local producers, craft beer, wine and pre-made meals and food items from the Menu kitchen.

De Pue will be using the December dinners to try out dishes created for Menu’s two dining concepts, including pastry dishes by new hire Jason Gehring. More than an early look at the restaurant and BistroBar, this event is an opportunity to participate in the development of Menu’s menu.