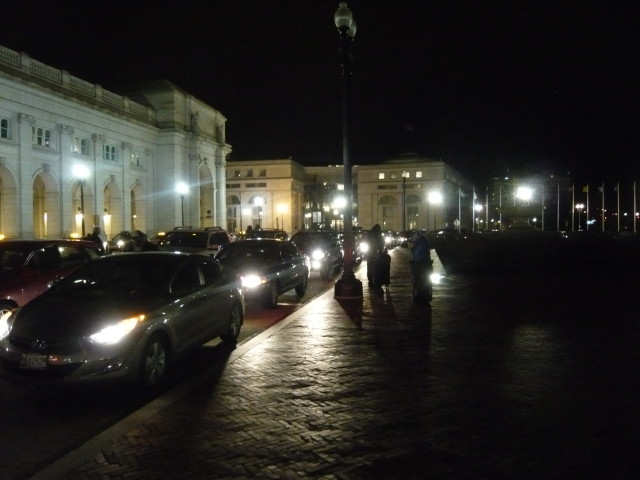 Reminder: give yourself extra time to drop people off or pick them up at Union Station. Unfortunately, the new design of the circle is in many respects a failure, and the police, in terms of directing traffic are sticking in their cars while it is raining, from what I can tell.

Questions: Who is responsible for the design of the circle? Can I blame the DC Office of Planning and its Director, Harriet Tregoning or are others responsible for creating a drop off/pick up with three lanes for busses (that, particularly in winter, are staunchly defended by the bus lines yet are almost empty of busses), two lanes for taxis, and, essentially, one lane for all other cars?

It really is crazy that it took me as long to go from Northern Virginia to the circle as it took me to go around the circle. Of course it is not this bad throughout the year, but on almost any given day the car lane is backed up- and there is no reason for it, for with a simple re-design and law enforcement actively directing traffic, there shouldn’t be. 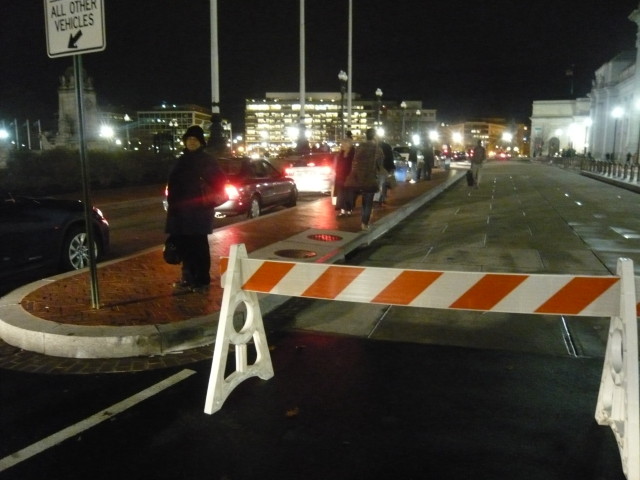 Perhaps more importantly, what should be done about it?

I’m thinking that switching the bus/trolley lane and the car lane is one idea. Another is to have a dedicated car drop off lane on one or the other side of the station is another possible solution. Of course they could actually expand the number of car lanes, but that would go against the anti-car ethos of the DC planning department (even if it is dropping off commuters/travelers at a train station).” 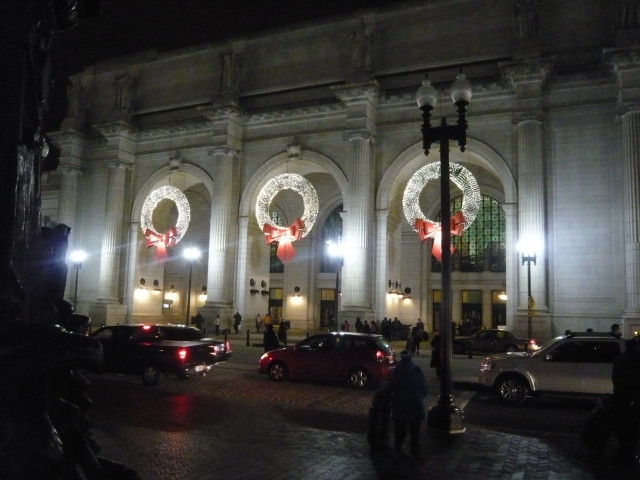