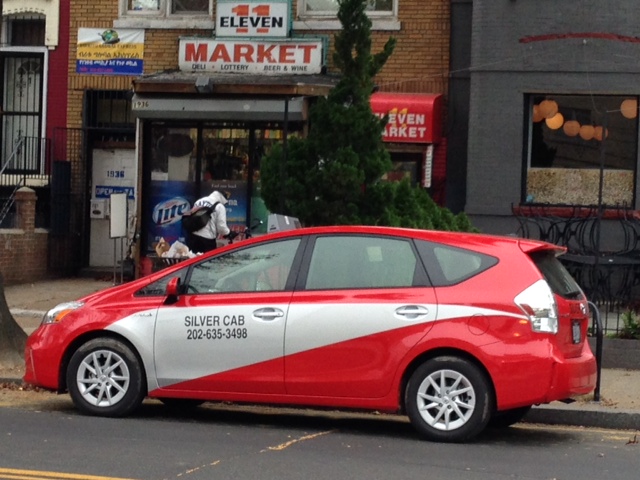 Friday night I was leaving a friend’s house by myself on 11th street around 9 PM. I was walking up 11th, passing Columbia Rd when I saw 3 kids (15-18 years old?) try to hail a cab. The cab slowed down, some words were exchanged, and then the cab sped off without any passengers. The kids were then able to instantly hail another cab and crossed 11th to get in (on the west side of the street). One got in the passenger side, two got in the backseat, but I thought it was odd that none of the doors of the cab were closing–even after 10 seconds. What I also realized was that moments earlier when they were crossing the street, their faces were covered with bandannas (it was cold out last night, so in and of itself, this didn’t strike me as a cause for concern).

I instantly took out my phone and called 911. I was on the phone with the dispatcher when I heard the kids yelling something like “give us the money.” I also saw bodies moving around inside the cab. From behind it seemed like the assailant in the backseat was restraining the cab driver while the assailant in the passenger seat was robbing him.

The 3 assailants ran out of the cab: 2 went West on Columbia and 1 went East. With no cops in sight, should I have followed the solo assailant that went East towards Columbia Heights while on the phone with the 911 dispatcher? Should I have tried to take a video or photos of the events once I got suspicious? I’m left feeling like I should have done something different.”