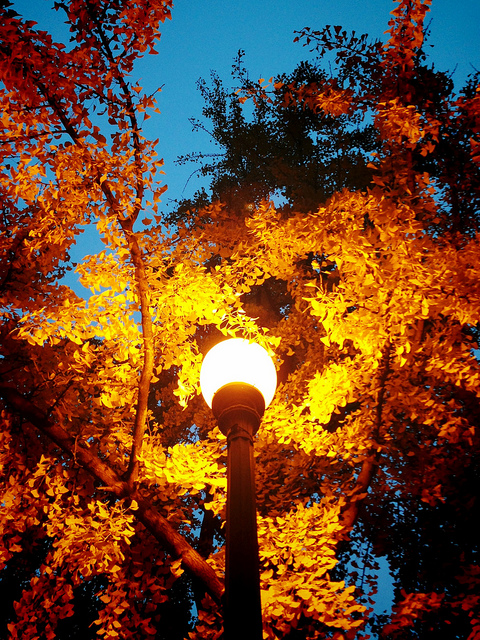 Update with response from MPD Chief Cathy Lanier to the OP:

“The end of your email dictates exactly what I expect from my officers and what we have been training since I have been the Chief- building relationships. I am very sorry that you were subjected to what sounds like unprofessional behavior. Rest assured that we will handle this complaint appropriately and conduct an investigation into what occurred. I expect all of my members to treat everyone with dignity and respect all the time- every time. We will be in contact to get more information.”

I think I had my first experience of being stopped for Walking While Black. Mind you, I’m not black. I’m a 52-year-old white woman. Last night, I was walking from dinner down 14th St. near Spring Rd. with my sons, who are black. One was pointing out to me all the “J.O.s,” the undercover cops who “jump out” and demand see their ID. for no apparent reason, possibly frisk you, and do all other manner of constitutionally questionable behavior.

So after my son had just pointed out a particular J.O., lo and behold, a car pulls up, and out jump four or five officers confronting us and demanding to see our IDs. I ask if there is a problem and why are we being stopped. No answer, but they are becoming a little more aggressive and say they just want to see our IDs. They are obviously more interested in the boys, but want my ID as well. I ask why I need to show my ID. I introduce myself as the mother of these two young men and ask if we’re being stopped because my children are black (we’re used to be followed in the store, for example).

I mentioned that I’ve walked up and down 14th St. a thousand times and have never once been stopped and asked for my ID. Not once. Ever. Yet, my sons get stopped regularly including twice in one day this week. Sometimes these stops take 20 minutes. What if they’re on their way to a work or a job interview?

A black female officer is in my face expressing her disgust at me, saying how offended she is, as a black person, that I would say such a thing. Another is telling me that I’ve gone too far and threatening that I better back off because what I’m saying is offensive. Then they ALL chime in about how offensive I’m being. I point out that offensive speech is protected under the First Amendment, and that my speech was not offensive but truthful.

Then another officer says they’d had an “incident” with one of my boys a while back, so they did have a reason to stop him and check him. I said I hoped they took care of the problem then because we sure weren’t causing a problem now. Meanwhile, a few people are gathering telling me to stand my ground.

The officers finally back off sneering and telling me to have a blessed day, which I find offensive. One doesn’t feel blessed after being profiled and run through the ringer by the police. After they leave, the boys just look at me, smiling and nodding their head. Now I understand. I’ve had my first experience of being stopped for walking while black. Yup, they said. And now I also know how denigrating and horrible it feels.

After we walked a few more blocks, another car of “JOs” drove by and honked and waved in a taunting manner. Quite a professional lot, those 14th St. officers are.

I get that there has been an uptick in street robberies, and many of the perpetrators are young black men who look like my children. However, I don’t think racial profiling and shaking down a family walking home from dinner does much to advance public safety nor does it help build good will between the police department and those they are sworn to protect and serve. In fact, it just reinforces the hostility many young black men and women feel toward the police because of the relentless harassment.

I would think a more effective mode of policing would involve building relationships with the young people in the neighborhoods, not constantly and needlessly stopping them and trying to intimidate them. It certainly doesn’t work with me, and I tend to be a supporter of the department and the work it does. The way we were treated last night, though, felt like nothing short of petty thuggery.”