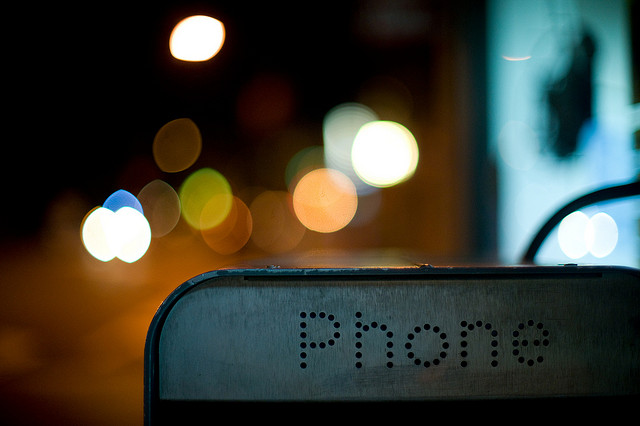 My granddaughter (11 years of age) is enrolled in the new McKinley Middle School this school year, who previously attended Garrison Elementary School. We had great expectations as it related to the school and their goals. However, after my child was enrolled and started at the school, we immediately began to see major changes in her behavior. Followed with daily phone calls about her behavior being out of control. Being a realistic grandmother, I took the complaints at face value since she was leaving an elementary where her mother works as a Special Education Aid, her other two siblings also attender that school. Therefore, I felt anxiety may be a major issue for her. However, I later found out that she was being bullied by a group of girls that she was afraid of. As previously mentioned, with each phone call we addressed their concerns of her being disrespectful, walking out of her classroom, not completing classroom assignments, talking back. None of which we have seen at home or at her previous school. This lead the family to start a pop-in policy at the school. This popping in resulting in me personally observing this group of girls that my granddaughter had attached herself too. Please keep in mind, with ever teacher meeting, every phone call, all the teachers would say, they see more in my granddaughter and they know she is not like this group of girls. She stand out amongst them, etc.

After frequent visits, and entire days of going from classroom to classroom, I came to realize that this group of girls were totally out of control. I then understood why my granddaughters was acting out. Immediately, we took her to counseling at Kaiser only to find out that she was in fact afraid of them and felt since they never got in trouble that it was easier to hang with them to avoid being harassed. This is what I noticed in the classrooms

1. The teachers needed at least 30 minutes or more to get the classrooms under control so they could teach.

2. They would put the same kids name of the board to call their parents and never put the names of these girls on the board.

3. I actually asked a teacher why aren’t you putting their names on the board to call their parents. Didn’t happen that day. Upon previous visits the same girls going to the same things.

4. This group of girls curse, disruptive, and tauting to other students in the classroom and they are allowed to remain with this behavior.

5. My daughter talked to the Assistant Principle and asked if my granddaughter could be switched from the A/B days to B/A days to get her away from this group of girls with no success. She is still on the A/B Days.

6. She eventually got into a fight with one of the girls after being taunted. It was proven that she did not start the fight, but was in fact defending herself. She received a 5 day suspension for the fight. I personally called and so did her mother to get the missing class assignments so she would not be behind in her class work and only two teachers responded. I went back up to the school and asked the Assistant Principal and Administrator where was her work, and today we still have not received the work.

7. On one of the days I visited the school, her Science Teacher said to me, that my granddaughter was sort of setting and staring off into space. I asked her did she ask her what was wrong and she responded, :no I did not”. I asked her why not? She said she was just setting there not bothering anybody so she left her alone. I then said, you didn’t think it was important enough to ask her what was wrong and she said the next time I see her doing that I will ask. That day in particular she was bullied so until she said, Grandma I was just tired. Now Science is her favorite subject. Every year at Garrison she and her two sisters entered the Science Fair contest and won First and Second Places annually. So why now there is no interest in Science is beyond my comprehension. It was Science and Math hat moved us to select McKinley and the close proximity to our home.

8. Another incident is that she even lost her student ID or this group took it. She is not sure, but she was denied lunch because she did not have her ID. Not on one occasion but numerous ones. How can you deny a child food when you know they are a current student. Her attempt to get a new ID has failed. However, someone was kind enough to tell her her number so she committed that to memory. Thank God.

9. The other matter is this, I have went to every Public Charter School possible, Washington Latin, Basic, Haney, DC Prep. I have called Francis, Hardy, to see if I can get her enrolled this school year and all was met with no success due to the schools being full at this time. Yes, I looked at the best schools, why shouldn’t she have a chance to get back on track within a school that has shown they care about the children they serve!

PoPville, I need help in getting her out of this school. With all the visits to the school, daily popping in, teachers conferences, meetings with the assistant principles, I just received in the mail last week a notice that she was failing her classes. How can this be, when we have reached out to every teacher, and asked them to give her the work she needs, change her schedule, to assist us with this matter with no results? Now they tell us that she is failing how? Is my body looking to see if she is ok? Is anybody concerned about her needs. How can she be failing when we are there everyday at the school?

Additionally, we have called the Superintendent’s Office and lodged complaints about this matter weeks ago, and as of today we have not heard back from anyone at all. Even on today, November 5th, I received a call from Ms. Melanie Cobb, In-School Suspension Counselor at McKinley who has a great concern for the kids, to tell me that my grandchild is with this group again and has been missing from several classes. My question is how long has she been missing with this group? Where was she? Why wasn’t anybody watching out for her? How can they all be allowed to roam the school and no one knows where she is? Who is protecting her? She is only 11 years old. Do the teachers care at all? Where is the supervision?”