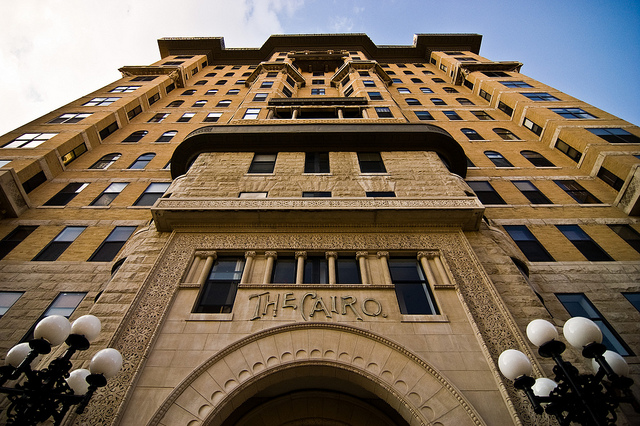 “The Office of Planning released the District’s report proposing draft recommendations for reasonable Congressional modifications to the federal Height of Buildings Act of 1910 (Height Act). The District has partnered with National Capital Planning Commission since fall 2012 on a joint Height Master Plan requested by Congress to determine the extent to which the federal Height of Buildings Act of 1910 (The Height Act) continues to serve both the federal and District government interests. The Height Act is a federal law which provides uniform restrictions on the height of all buildings within the District of Columbia boundaries.

The District concludes that it is necessary and in both the federal and local interest to make reasonable modifications to the Height Act to allow increased height in the District of Columbia. The District believes that the federal interests would be protected and that both federal and local interests would be enhanced with its recommendations, which maintain the horizontality of the iconic L’Enfant City skyline, ensure the prominence of federal monuments and landmarks by preserving their views and setting, and minimize negative impacts to nationally significant historic resources—the three core principles of the study.

The District proposes the following recommendations to modify the Height Act

1. Amend the Height Act to create new limits based on the relationship between the street width and building height within the L’Enfant City. This approach is modeled as Approach 2 in the Modeling Study. The District recommends using a ratio of 1: 1.25 for street width to building height, resulting in a new maximum building height of 200 feet for 160-foot wide streets in the L’Enfant City. This approach would apply an urban design-based standard reflecting the proportionality between individual streets and their buildings to ensure a pedestrian-scaled streetscape with lots of light and air without the strictures of late 19th century fire safety limitations and place the tallest buildings on the wide, grand boulevards that reflect the hierarchy of streets and relative building heights that were part of the L’Enfant Plan and a valued and enduring legacy of the 1910 Height Act.

2. Allow the District of Columbia to determine building height maximums for areas outside of the L’Enfant City through its Comprehensive Plan and zoning processes. Significant capacity to accommodate the city’s growth currently can be found outside the L’Enfant City, on < 10% of the city’s land in areas already designated for high and medium density, but existing development capacity is expected to be absorbed over the next three decades to meet the demand of forecasted future growth. While there is a greatly diminished federal interest outside the L’Enfant City, the Comprehensive Plan and zoning amendment processes both require extensive public participation and review and approval by local and federal bodies for even modest increases in height. Since NCPC must review the District’s Comprehensive Plan and since two of the five members of the District’s Zoning Commission are federally appointed, federal involvement and oversight would continue.

Both federal and local interests are served by having a vibrant, economically healthy, livable Capital City. Given the District’s reliance on a small locally-generated tax base due to half of the District’s land being off the tax rolls, the District must continue to attract and retain residents, diversify our economy and increase jobs for District residents to maintain fiscal stability.

The future household and job growth scenarios and development capacity analysis detailed in the District’s report demonstrate that current height limits constrain existing capacity to accommodate this growth over the next three decades and that the District requires additional capacity in the future to meet future demand. The District’s draft recommendations for changing the federal Height of Buildings Act will enable the city to create a supply of developable space to accommodate future growth and avoid upward price pressures on existing supply that could push out DC’s residents.

The Office of Planning and NCPC will participate in two upcoming opportunities to receive public feedback on the draft recommendations: a public information session on Wednesday, September 25, 6:30-8:30 pm and the NCPC Commission Meeting, 3:30 pm on Wednesday, October 2. Both meetings will take place at NCPC headquarters, 401 9th Street, NW, Suite 500N (Gallery Place-Chinatown Metro).

Public comments will also be accepted on the recommendations for 30 days before the report is finalized. Please submit written comments by email to [email protected] or by fax to (202) 442-7638.

The District’s full Height Master Plan evaluation and draft recommendations report are accessible on the Office of Planning website as “Related Documents” at the following abbreviated URL http://tinyurl.com/lyy4qw3 . Additional information may be found at the National Capital Planning Commission Website at www.ncpc.gov/heightstudy .