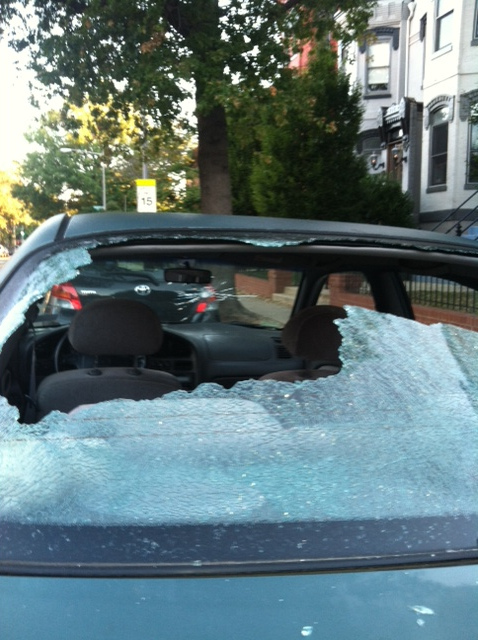 Last night numerous readers reported multiple shots fired around 7:15pm in the vicinity of 13th and R Street, NW. Strangely MPD has not yet confirmed this incident. A reader sends these photos of a bullet smashing through a windshield then grazing a tree.

The reader has left their name with MPD but has not been called despite leaving a brief statement with an officer last night. 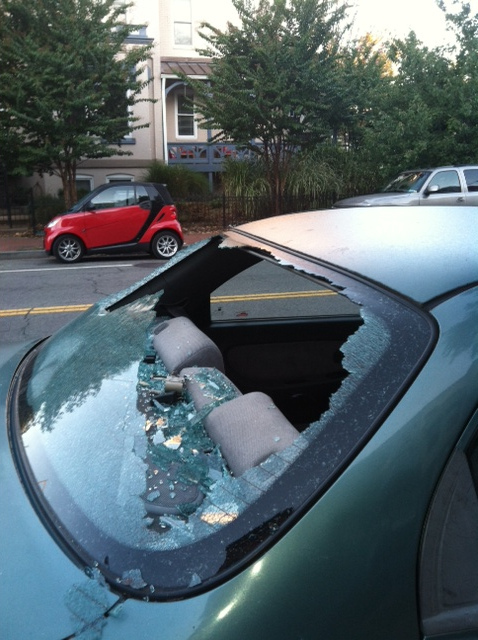 Two more photos after the jump. 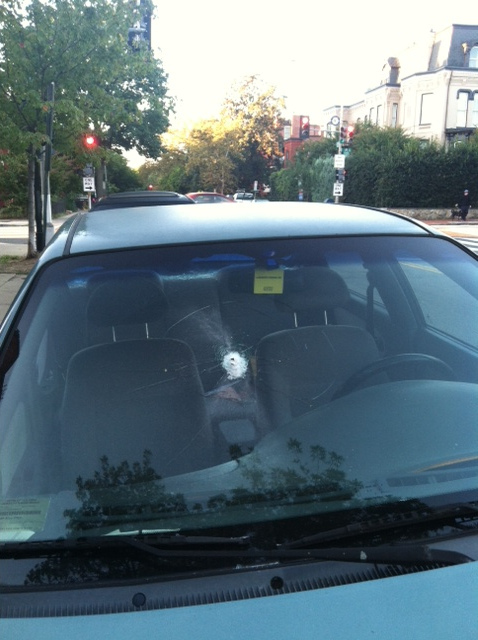 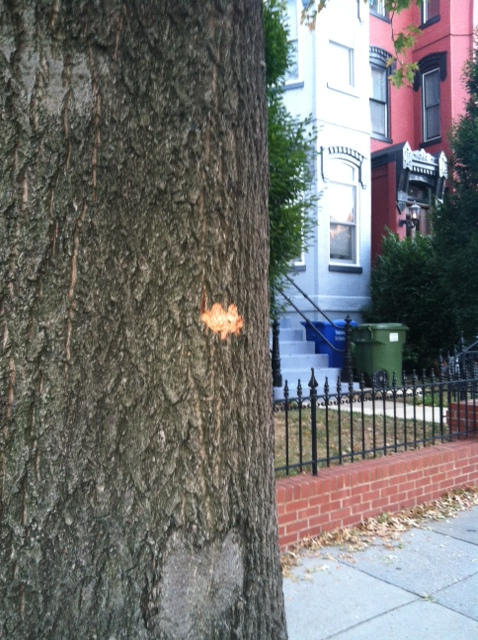