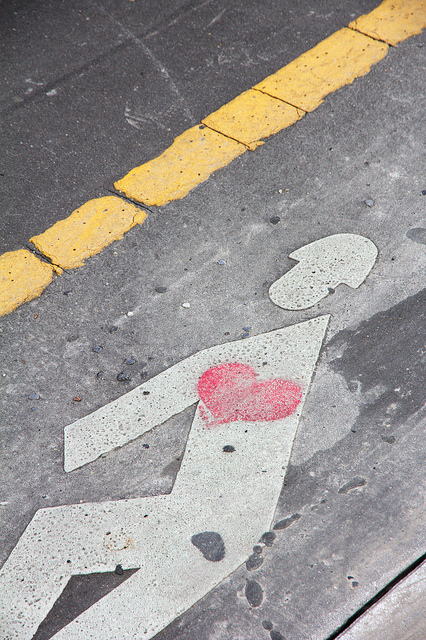 For background: I’m a DC bicyclist that commutes to work by bike daily and also rides on the roads and local paths recreationally.

Yesterday I was riding on the road on my way home from Crystal City at a brisk pace when a car came up behind me. Although the driver had a very wide and empty road to pass me, he immediately sped up as fast as he could and swerved towards me, coming within inches of hitting me, all while he and a passenger screamed at me with the window rolled down. I’ve been hit by a car before and sustained minor injuries, but at the speed that this car was going, a hit would have inevitably caused me serious injury or possibly even death. It was a terrifying experience that left me in tears – I’m an experienced long-distance and city rider, so I’m pretty tough when it comes to dealing with cars, but the thought that I could have lost my life due to road rage directed only at me being a bicycle on the road put me in shock.

I saw this article by the Washington Post about the death of MD cyclist Trish Cunningham who was killed when a driver tried to pass her on a blind hill and did not abide to the “3-foot law.” The comments section included ignorant statements on both sides about traffic laws, revealing how truly clueless we all are about road safety.

I’ve found in general that the comments sections on bicycle-related posts on both PoPville and the Washington Post have been very indicative of how little the public actually knows about bike laws. Both cyclists and drivers feel like the other side is uniformed, which fosters dangerous hostility.

I’ve seen lots of posts on PoPville about bicycle-related incidents, but none on the actual laws involved. If both parties are ignorant about traffic laws, all of our lives are put in danger. I think the best solution is to educate both cyclists and drivers alike about area traffic laws – it’s the only way to help both sides understand that we have equal rights to operate safely on the road.”