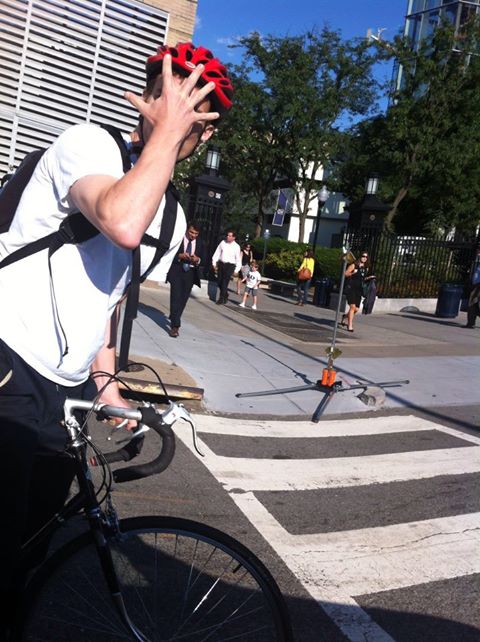 I am a cyclist. I started riding my bike again with the advent of the AIDS Rides in the mid 1990’s, successfully completing two rides from Raleigh, NC so I don’t really hate bicyclists. I just don’t like the ones who have recently come of age. When I trained and rode my bicycle frequently, I followed the rules of the road. If there was a stop sign, I stopped. A red light, I stopped. If I can’t keep up with the posted speed, I get on the sidewalk. When you compete with a three ton vehicle. The vehicle wins even if the vehicle is wrong.

But on Monday evening as I drove home, I came across the guy that embodies the poor behavior of so many cyclists now. I approached a stop sign at 24th and I Streets, NW. Cars were stacked up on my right, and the car on my left could not go due to the traffic, so I proceeded through the intersection. This male cyclist blows through the stop sign on my right. I blew my horn and slowed so I would not hit him and proceeded thorough to the next stop sign. He then circles back to me as I am waiting at the second stop sign for pedestrians to pass and begins yelling and screaming at me. I have no idea what he was saying, didn’t really care, I was waiting to go through the intersection. The guy now reaches through my open window and punches me in the arm.

I was stunned and shocked…I then started to call 911, but realized he would be long gone before they got there. So I snapped the photo above. There is a complaint filed with MPD for this guy for Simple Assault.

It is cyclists like this guy who make people sick to death of cyclists.”