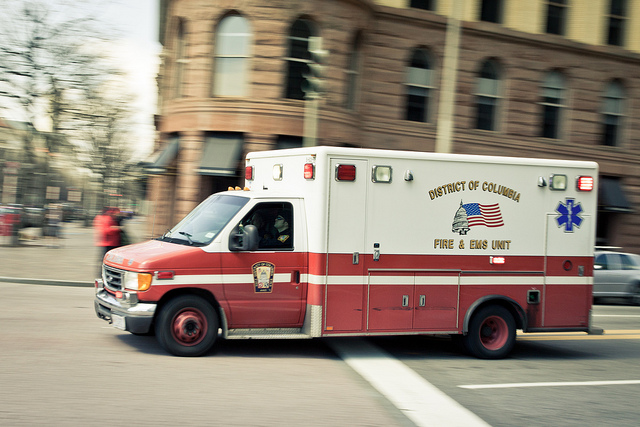 “The first two of 30 new ambulances scheduled to be delivered by the end of this year have arrived and already have been put in service, Mayor Vincent C. Gray and D.C. Fire & Emergency Medical Services (FEMS) Chief Kenneth Ellerbe announced today.

Additionally, 60 firefighter recruits/cadets are in training and will hit D.C. streets by the end of the year, and nine paramedics were hired last week to eventually begin working on the ambulances that are being delivered, Mayor Gray said.

FEMS will have $24 million in capital funds to purchase new ambulances, fire engines and other apparatus from FY 2014 through FY2016.”