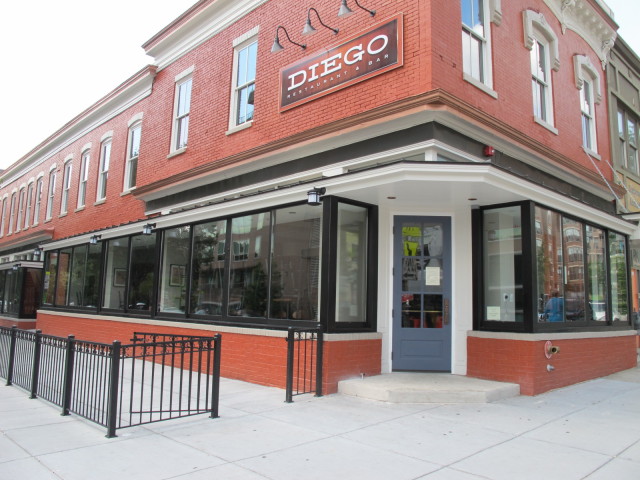 After great anticipation and a long time coming the Diego Tex-Mex restaurant recently opened up at 14th and V St, NW (the former AM PM Carryout space) on July 18th. On Thursday night Aug. 1st I got emails and tweets saying they had already closed. One reader wrote:

“Just passed by and it looks closed–for good–already. Know what happened? Or is it just for the day?”

Another reader tweeted the same night:

“Diego on 14th & V closed? Sign says to stay tuned for grand opening. Some staff outside apparently didn’t get the memo”

CityPaper reports that they closed because the owner was “not happy with the service and the food”. Apparently they’ve already hired a new chef. Stay tuned for a new “grand opening in the coming weeks”: 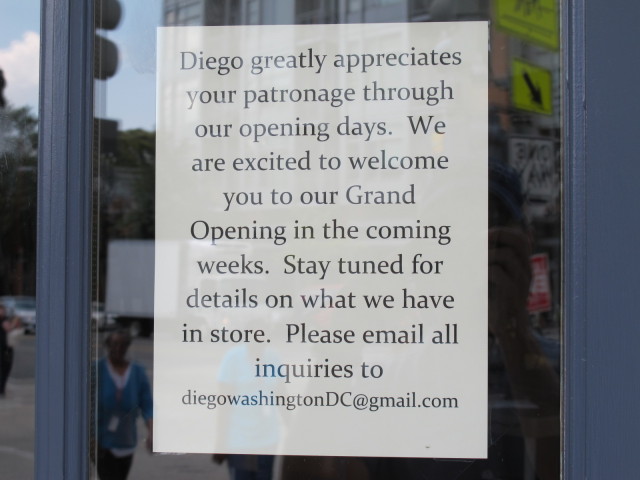