Blurbs from the ‘Burbs is written by Arlington resident Jeff Zeeman. Jeff previously wrote about the Lake Barcroft Community

This month’s Blurbs from the Burbs is courtesy of my wife Reina: Just down the road from the home of the man who built our country is a home designed by one who built for our country. George Washington might have established our lives as Americans, but Frank Lloyd Wright understood how Americans wanted to live.

Pass Mount Vernon on Richmond Highway in Alexandria to get to the Pope-Leighey House, a Frank Lloyd Wright home dating back to 1940. The house was originally located in Falls Church and was later moved to the site of Woodlawn, the plantation of Washington’s niece and nephew. 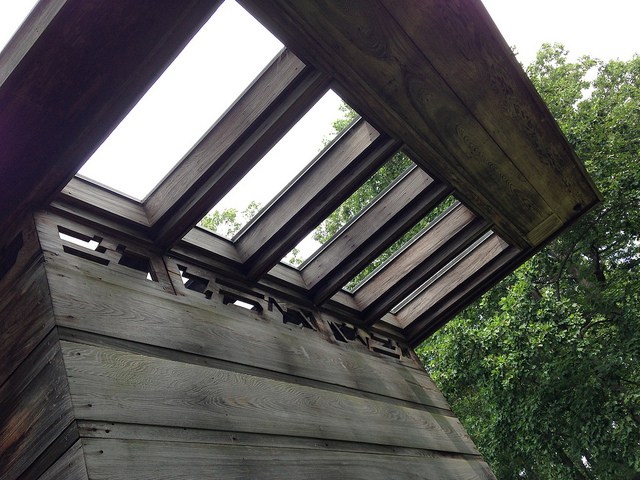 The home is a must-see, not for its spectacular nature like Wright’s Falling Water house, but for its livability and genius as a place that all modern folks (with shopping trips to Ikea and even Design Within Reach) are trying to emulate. The house revels in dual purpose, from the planter outside the kitchen window at arm’s length to grab herbs while cooking, to the compressed carport meant to highlight the vastness of the open living room.

The Pope-Leighey House was not built by someone rich — Mr. Pope was forced to borrow $8,000 from his employer, because the bank felt that a Wright house was too risky. And the house contains only two bedrooms plus a den, but therein lies its appeal. The Pope-Leighey House is especially worth a visit if you want to see how things used to be built for Americans; and then compare it to how we live now.