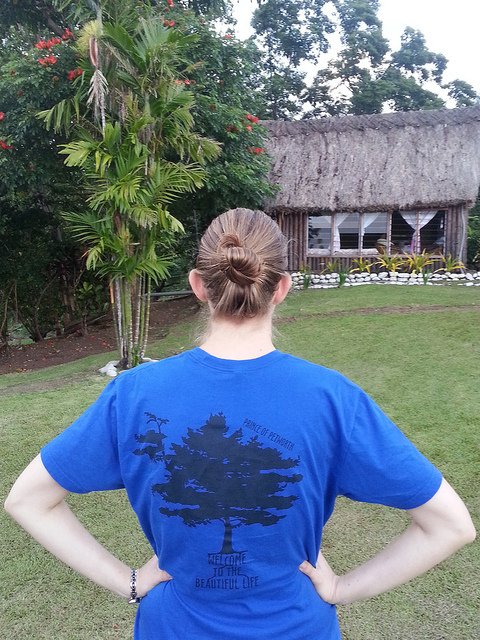 “I’m standing in front of a bure, a traditional Fijian house/structure.  I saw a couple of them in the capital city, Suva, but they were just for show.  Out in the country, however, there were ones actually in use, and a family lives in this one.” 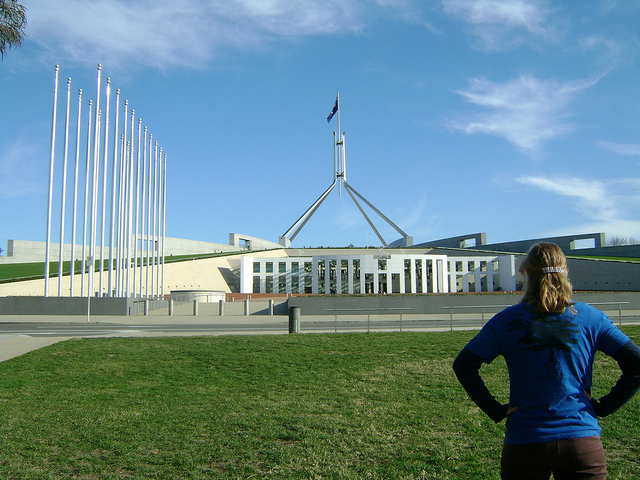 “In front of Australia’s Parliament House, which looks not at all like the Capitol building, to say the least.  Apparently from above, it is the shape of two boomerangs.” 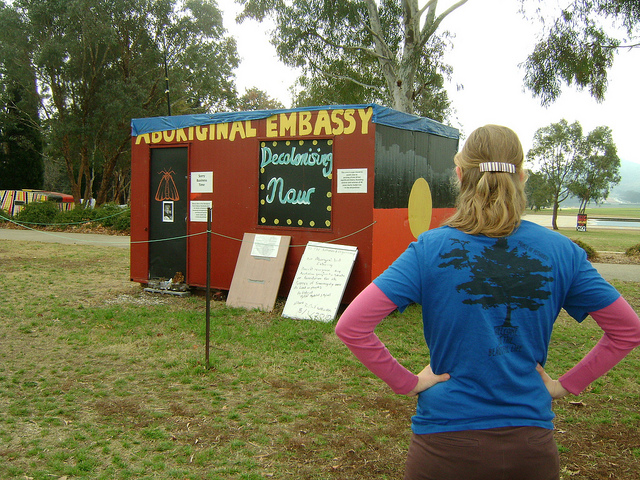 “In front of the Aboriginal Tent Embassy, which was first established in Canberra in 1972 to protest the lack of Aboriginal land rights.  A side note: The visit to the Tent Embassy with my Australian friend (a lawyer with the Australian Solicitor General who has worked on Aboriginal rights in the past) led to a conversation about enjoying the full rights of citizenship, which resulted in telling her about DC’s lack of voting rights and self-governance.  She was appalled.”