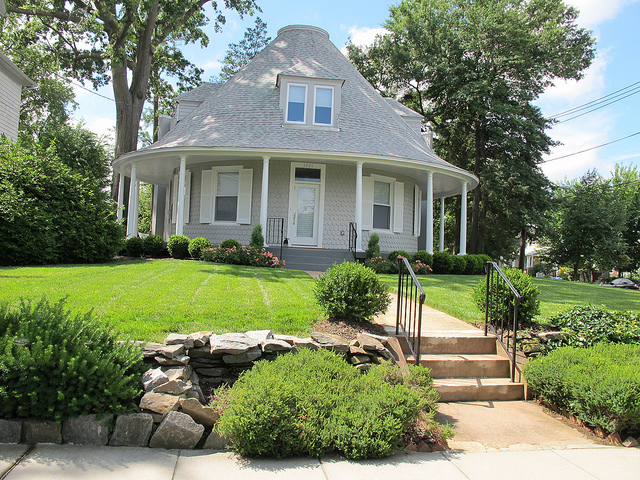 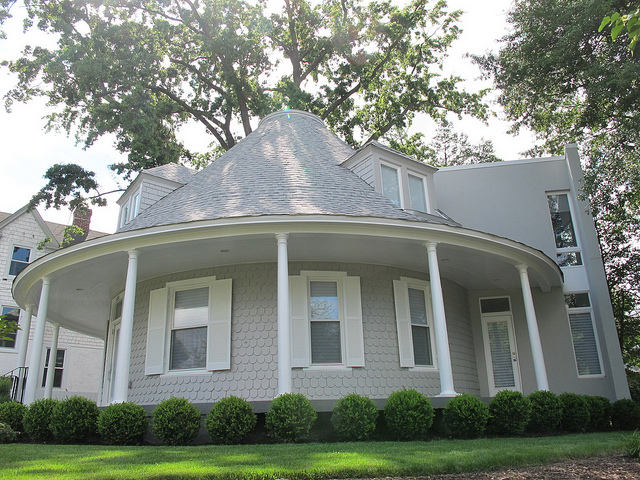 You can see what it looked like before the renovation as well as a bit of history after the jump. 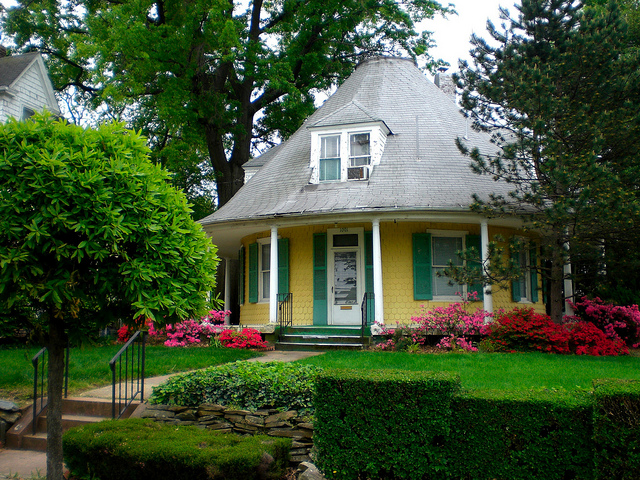 The house was built in 1901 by a prominent Brookland builder, John C. Louthan, who lived in another house he himself built at 12th and Irving (now gone). His architect was a very busy designer of modest houses in the city, Edward Woltz. This was one of only a handful of larger buildings Woltz designed. Over its life the house has seen only four owners; Mrs. McKinney, who died last year, had lived there since about 1950. There is no information about why Woltz and Louthan chose the odd shape for their house — octagon and round houses were a short fad in the US in the 1850s but had stopped being built by the Civil War and revivals of this style are rare. Nonetheless, that is what Woltz seems to have done. There are no other round houses in Washington.