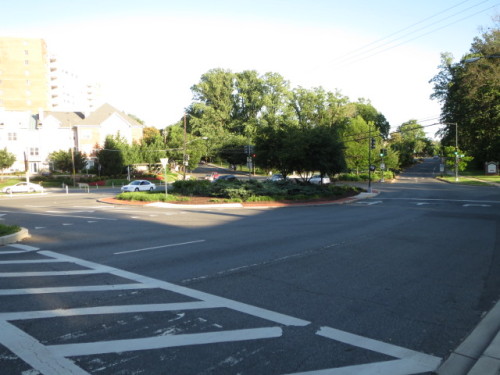 Dysfunction Junction chronicles the most forlorn, baffling, and wonderful crossroads of our fair city. The column is written by Ben Ball, a transportation nerd in his spare time. He lives in LeDroit Park. Ben previously wrote about 18th and Florida/U St, NW. 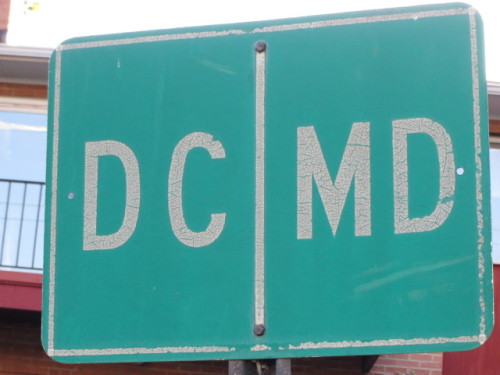 This intersection is like the DC equivalent of the River Styx – a grim passage between two worlds that is a test of character in and of itself.  (Now, would that put Hades in Maryland or the District?  You decide.)  The Washington Post recently called it “a treacherous test of patience” – one that officials on both sides of the border have whined about but failed to fix.

DC recorded twelve accidents in this intersection in 2012 (Montgomery County hasn’t released data for its side).  A pedestrian was killed here in 2009.  So why are we still waiting for this to be fixed after years of promises? 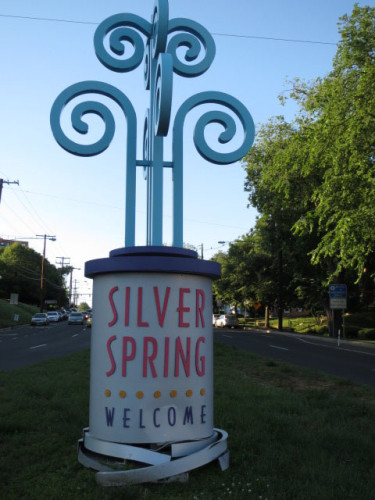 Overlapping jurisdictions are supposedly to blame.  Traffic engineers apparently agree that the problem is on the Maryland side – a signal is needed on Colesville Road.  Getting the funding and approvals to install that signal requires action not only from Montgomery County and the District, but also the Maryland State Highway Administration, and therein lies the rub.  The request for proposals on a series of traffic improvements just went out in January – five years after everyone agreed on what needed to be done.  (Hopefully they’ll keep an eye on any concrete…) 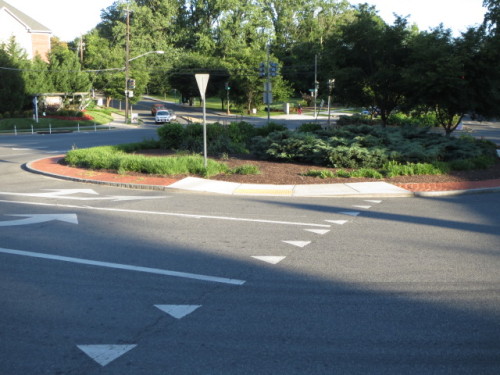 Approaching the circle, there’s an amazing glut of signage.  Arrows point the way to a bunch of numbered Maryland highways, a bizarre placard on the Maryland side demonstrates various ways you might try to go through, and the circle itself is full of stops and yields that confuse even veterans of DC’s many traffic circle models.  The bumper-level dent in the “welcome to Silver Spring” sign seems to sum it all up.

Trying to walk in this area?  Don’t.  The lack of crosswalks on the Maryland side certainly contributes to the Frogger-like feel.  But the part that really takes the cake is in the middle of the circle, where they’ve installed tactile paving for the blind…without a matching crosswalk.  This supposes that anyone (let alone the visually impaired) would even attempt to cross straight through the middle without a serious death wish.  And what is there to experience in the middle of that circle anyway?  Shrubs?